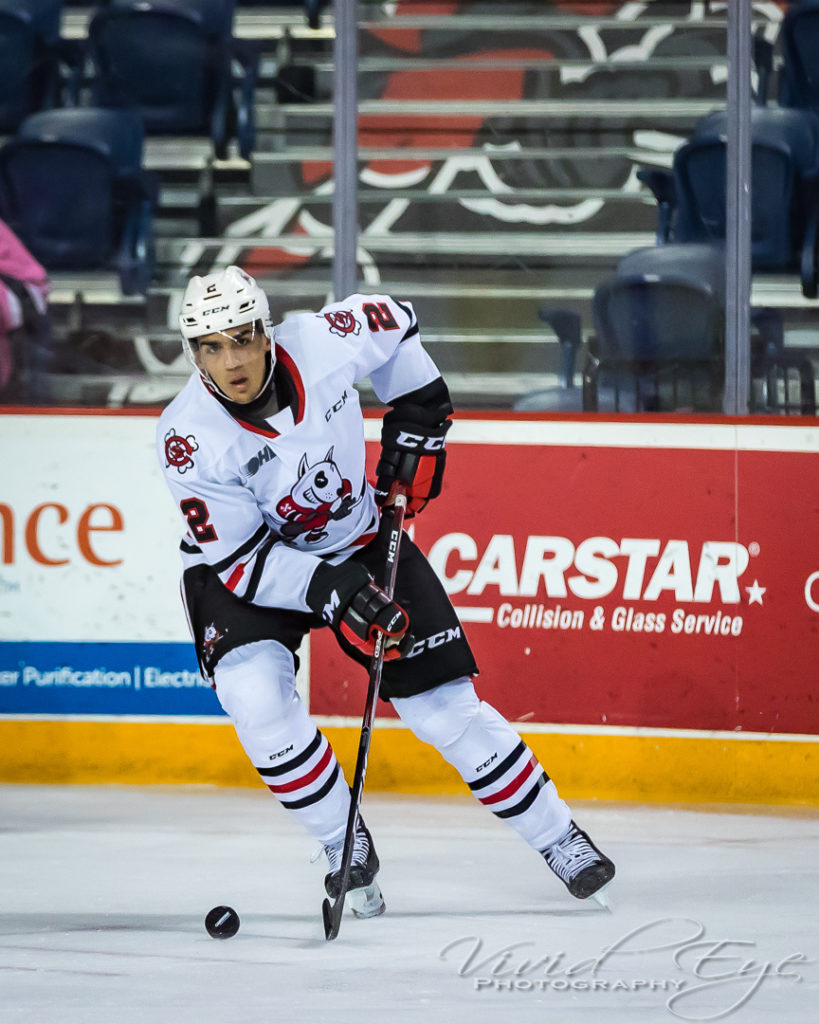 The Niagara IceDogs were back in action Saturday afternoon against the OHL’s best team, in Ottawa. Ranked first in the CHL’s top 10, the 67’s were a tough opponent for the rebuilding ‘Dogs.

The IceDogs were without veteran forwards Ivan Lodnia and Andrew Bruder, as well as first year players Isaac Enright and Ethan Sims for this afternoon’s match-up against the Ottawa 67’s. A tough travel day on Friday, the ‘Dogs were held up in a four hour traffic delay as cattle were loose on the 401.

The IceDogs opened the game with a good first shift, getting the first shot on net, but it was the 67’s who got on the board first. Cameron Snow came close to scoring his 3rd goal in as many games as he and Anthony Agostinelli broke into the offensive zone on a two-on-zero, but he couldn’t lift the puck high enough over the goaltender’s pads to bring the game to an even score. The 67’s scored two consecutive goals to carry a 3-0 lead into the second period, but that wasn’t without several good saves by Christian Sbaraglia, who made 17 saves in the period.

The second period was a much better effort for the ‘Dogs. Staying out of the penalty box, they fired 12 more shots on net in the middle frame than they did in the second period. They weren’t able to get any pucks in the net, but neither did the 67’s. The 3-0 score held going into the final period of regulation.

The ‘Dogs continued to stay out of the box in the third period, but the man-power of the CHL’s best team took over against the rebuilding ‘Dogs.

Ottawa took the Saturday matinee 6-0, but will be back in action tomorrow evening in Kingston to close out the weekend of games.

The IceDogs are on the road for two straight before returning home to faceoff against the Ottawa 67’S on Thursday, January 30th. Tickets are starting as low as $15/person and can be purchased online HERE, or in person at the following locations: