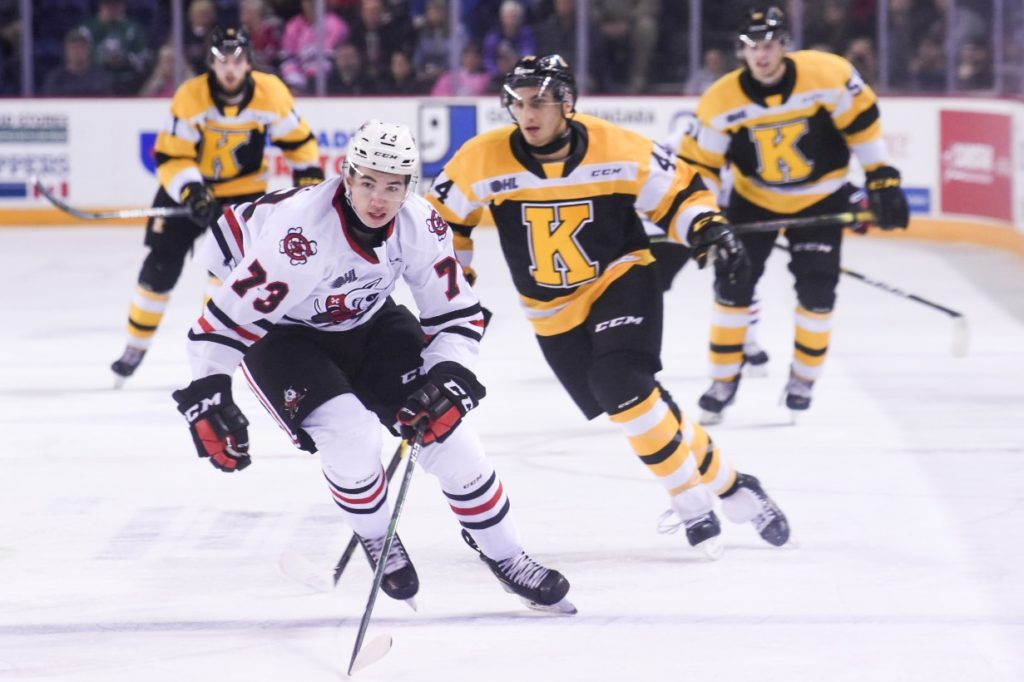 The IceDogs headed down the 401 from Ottawa to Kingston to close out this weekend’s games against the Frontenacs.  Kingston was 9 points behind the ‘Dogs in the standings coming into the game. The IceDogs were without captain Ivan Lodnia, Andrew Bruder, Ethan Sims, and Isaac Enright. In the final of the 3 games in four days, the ‘Dogs were looking to channel their last bits of energy.

Tonight’s game was the concluding game of the season series against the Frontenacs.

The IceDogs dominated the first period, leading in shots 10-3 with five minutes to play in the opening 20. Cameron Peters had the greatest chance of the period, as he pressured hard in front of the net after out-skating the Kingston defenders to the net. The Frontenacs broke the scoreless tie in the final minute of the period to carry a 1-0 lead into the first intermission.

The ‘Dogs got the better of the scoring chances in the middle frame, but they weren’t able to get on the board. Andrew MacLean made 8 saves in the period, 21 total. The IceDogs continued to press in the third period, especially the Snow, Theriault, and Agostinelli line. The Frontenacs added another goal in the third period.

The IceDogs are on the road for two straight before returning home to faceoff against the Ottawa 67’S on Thursday, January 30th. Tickets are starting as low as $15/person and can be purchased online HERE, or in person at the following locations: