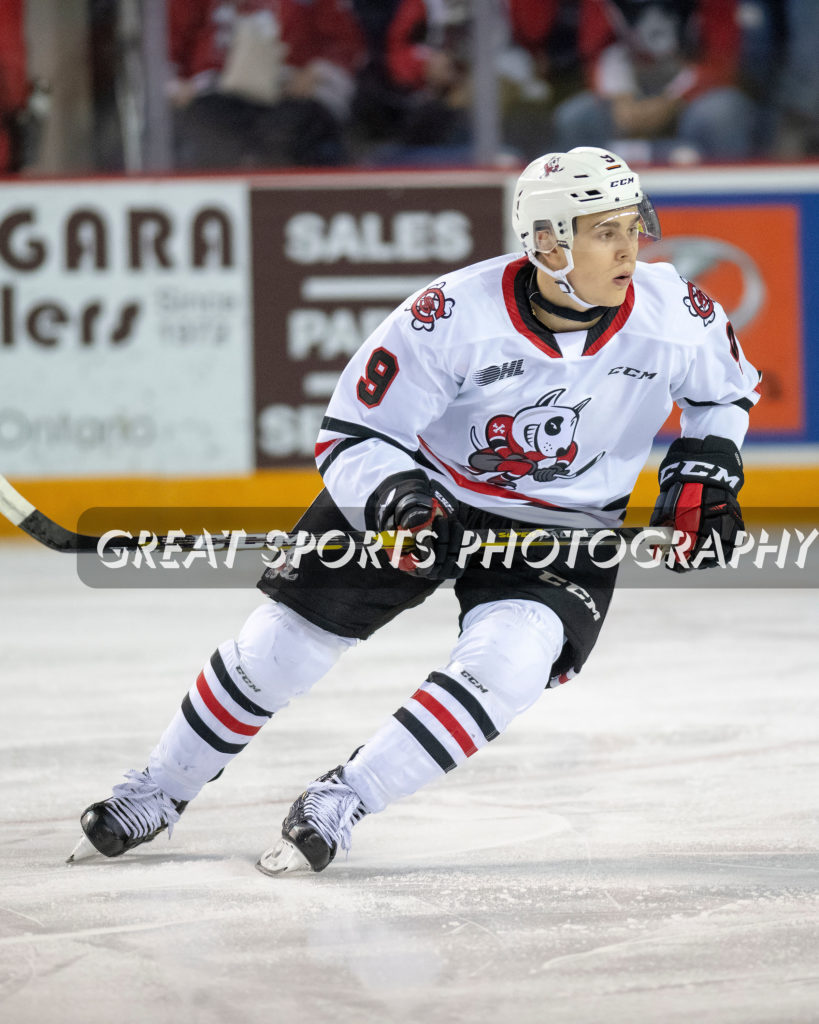 The IceDogs hit the ice in London Sunday afternoon to open their season series against the Knights. A match of comparable teams, the winner of this game would give their team a winning percentage this the weekend after both teams won Friday, but lost Saturday.

The IceDogs opened the game with 7 consecutive face-off wins, and continued to dominate throughout the opening frame. The Knights opened the scoring midway through the period. They looked like they were going to add to their lead, but Christian Sbaraglia made a spectacular sliding glove save to keep his team within one.

The Knights quickly added two more goals to extend their lead, but the goose egg on the IceDogs’ side of the scoreboard wouldn’t last much longer. On the power play, Ivan Lodnia made the London netminder pay for being out of position. Lodnia scored his fourth goal of the season, to bring Niagara within two to start the third period.

In the third period, London added three consecutive goals to extend their lead to 5. Ivan Lodnia scored his second of the game, sweeping up a rebound in the slot, but it wasn’t enough this afternoon. Despite putting 26 shots on the London goal, only 2 fewer than the Knights, and winning more face-offs, the ‘Dogs fell 6-2.

Your Niagara IceDogs return home on Friday, November 1st, to face off against the Ottawa 67’s, and then are home to host the Mississauga Steelheads on November 2nd.