IceDogs get Handed an Emotional Loss by Conference rival, Hamilton 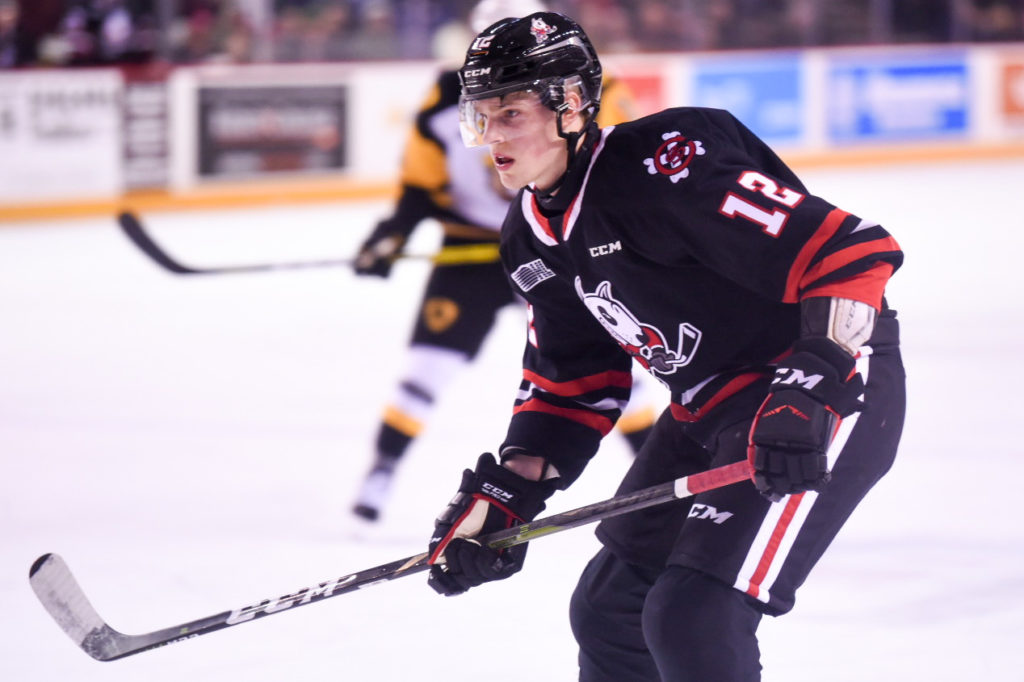 Tonight, a win against the Niagara IceDogs QEW rivals would mean not only climbing up the standings but hopping over the Bulldogs in the Eastern Conference. The IceDogs (15-16-14-1) started newly acquired goaltender Andrew MacLean. Cameron Butler also played in his first game as a ‘Dog slotted in on the right wing with veterans Ivan Lodnia and Oliver Castleman.

Today was proclaimed as Akil Thomas day in the Niagara Region. Thomas was honoured prior to tonight’s puck drop with an emotional ceremony.

The first period saw newcomers Butler and MacLean shine in their respective positions. Butler provided a physical presence up front and MacLean made a big save to keep the game deadlocked at 0, 10 minutes into the game. Hamilton started the scoring with a power play marker and followed up with a second goal shortly after. Going into the first intermission the ‘Dogs were down 2-0.

Hamilton scored a pair in the second period before the IceDogs got on the board to make the score 4-1. Oliver Castleman extended his point streak to 12 games with a power play marker. Londia and Beraldo picked up assists on the IceDogs first of the game.

After a distracting and emotionally charged day, the IceDogs fell to the Bulldogs 7-1.

Lucas Theriault dominated the dot in tonight’s matchup winning 5 of 6 and Jake Uberti got off 4 shots on net.

The IceDogs are heading out on to the road for their next two games and then will return home on Friday, January 17th for a matchup against the Barrie Colts. Tickets are starting as low as $15/person and can be purchased online HERE, or in person at the following locations: