IceDogs head down the QEW to close out weekend against Bulldogs 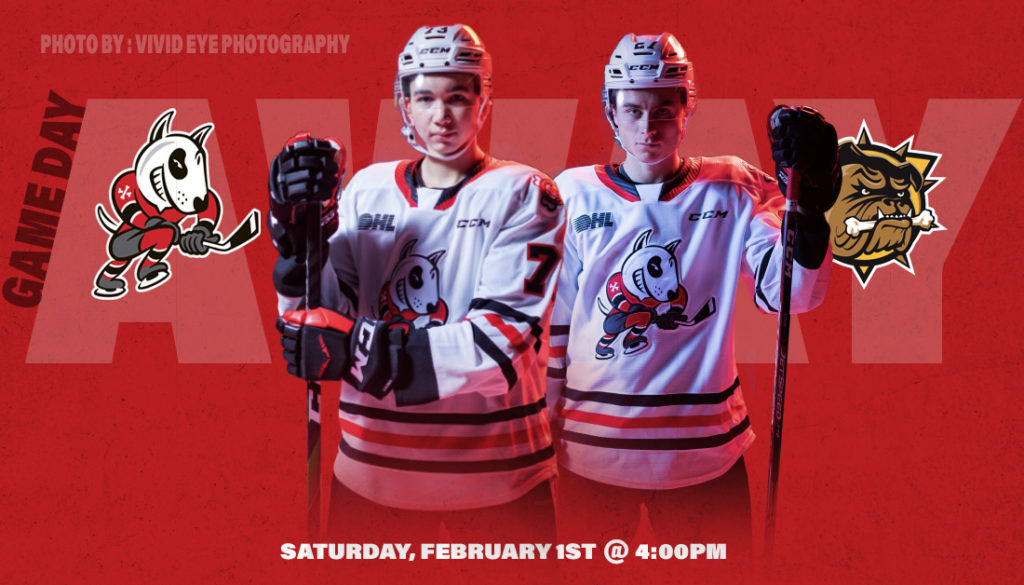 The Niagara IceDogs are finishing this weekend’s 3 in 3 against the Bulldogs, down the QEW in Hamilton. With the Bulldogs four points up on the ‘Dogs for 7th in the Eastern Conference, the IceDogs come into this game looking to close the gap.

This afternoon’s game will be a 4:00pm start.

The IceDogs were without Ivan Lodnia, Ethan Sims and Isaac Enright last night at home.

Both teams come into tonight’s game after playing Friday night.

This afternoon’s match-up will be a tough test for the ‘Dogs, taking on one of the league’s top offensive talents, Arthur Kaliyev. Kaliyev has 71 points in 41 games, 32 of which are goals. In three games against Niagara, he has 1 goal and 5 assists, this season.

The IceDogs will be leaning on their top line of Oliver Castleman, Jake Uberti, and Cameron Butler to get back in the winning column. Combined against the Bulldogs this season, they have 4G, 4A. The last time the ‘Dogs were in Hamilton, Jake Uberti scored a highlight reel goal, that became the OHL’s play of the night.