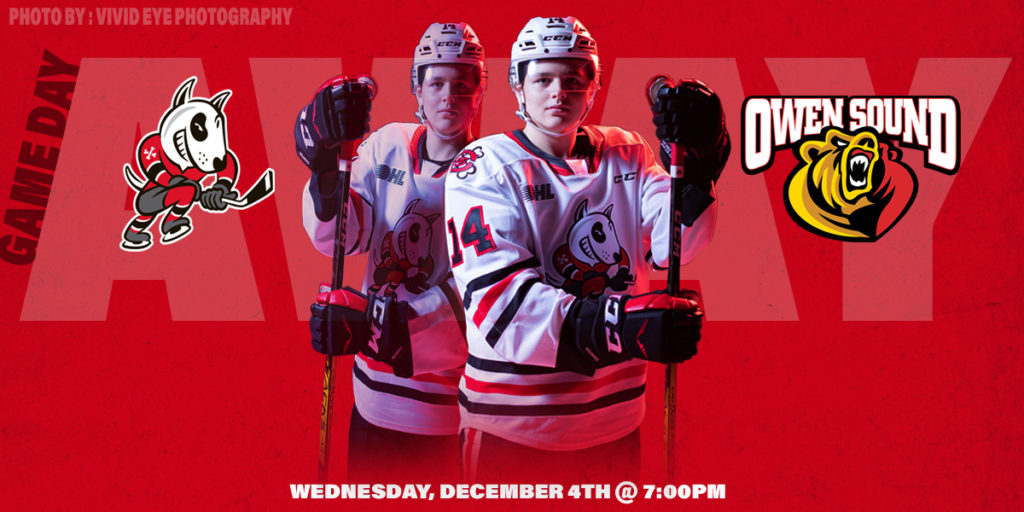 The Niagara IceDogs are closing out this 5-game road-swing tonight, as the team travels to Owen Sound. Coming into this evening’s game, the IceDogs have win five of their past six games. Tonight is the first game of the IceDogs’ season series against the Attack.

Tonight’s game would have featured a battle between two 2018 Los Angeles Kings draft picks, Akil Thomas and Aidan Dudas. Both of whom are their respective teams’ captains. However, Dudas is out with an injury.

The IceDogs will be facing former Niagara forward Matthew Philip for the first time, since acquiring Jackson Doherty in exchange for him. Philip currently sits second in the most short-handed goals scored this season, league wide, with 3. Hailing from Fort Erie, Attack forward Daylon Groulx is second in the league in penalty minutes, with 47.

The IceDogs’ power play, which sits eighth in the league, is sure to get plenty of opportunity facing Groulx. Owen Sound and Niagara’s penalty kills are identical wit 76.2% efficiency.

First year defenceman Giancarlo Chanton has been a stabilizing force on the IceDogs’ blueline. Consistently playing big minutes for the young Niagara defence, Chanton has been trusted to play on a pairing with fellow first-year defenceman Landon Cato. In 25 games this season, the 17 year old has 5 points (1G, 4A) and 15 shots on goal.

The IceDogs are right back in action tomorrow night, as they host the Soo Greyhounds for the only time this season!