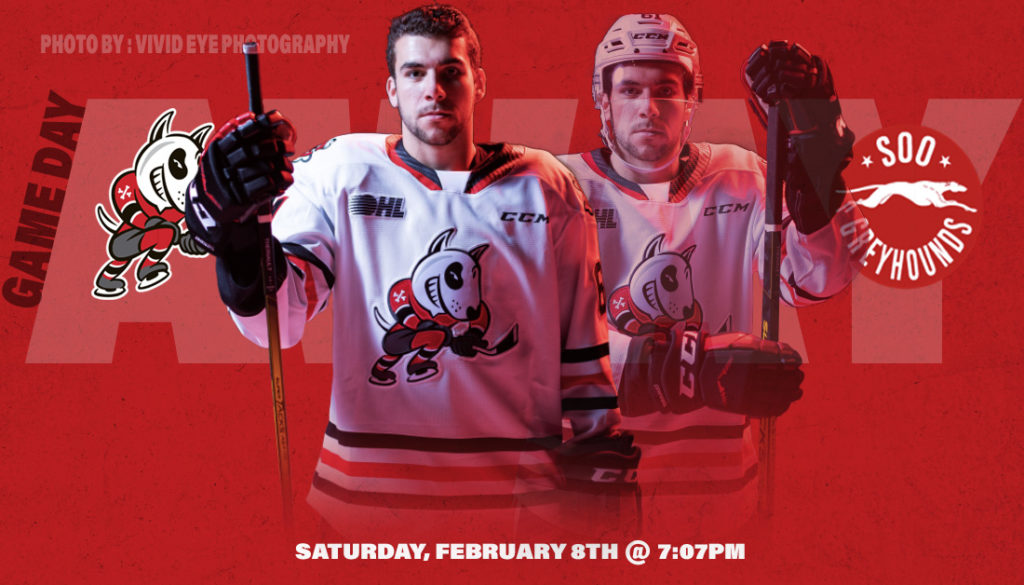 Tonight, the Niagara IceDogs will be taking on the Sault Ste Marie Greyhounds for the second, and final, time this season. These two teams faced off in December, with the Greyhounds getting the win at the Meridian Centre.

The rebuilding IceDogs are expected to be without second year forward Cam Peters, and Captain Ivan Lodnia.

The Greyhounds are led on the scoresheet by Zack Trott, whose 55 points is eleven up on the next highest scorer on the team. Defenceman Billy Constantinou is fifth in Greyhounds scoring with 9 goals and 33 assists (42 points).

First year forward Lucas Theriault is making his only return to his hometown of the season, surely to be cheered on by friends and family in the area. In 41 games, Theriault has 9 points (4G, 5A), In two games this week, he is hovering around 50% efficiency in the face-off circle. He also had 3 shots on goal in Thursdays game.

Tonight’s game will likely be a match up of comparable special teams. The IceDogs will be looking to keep their penalty kill perfect, after not allowing a goal against the Attack on Thursday. A positive for Niagara to focus on coming into tonight’s game is their power play performing at 100% on Thursday, scoring on their opportunity with the man advantage.