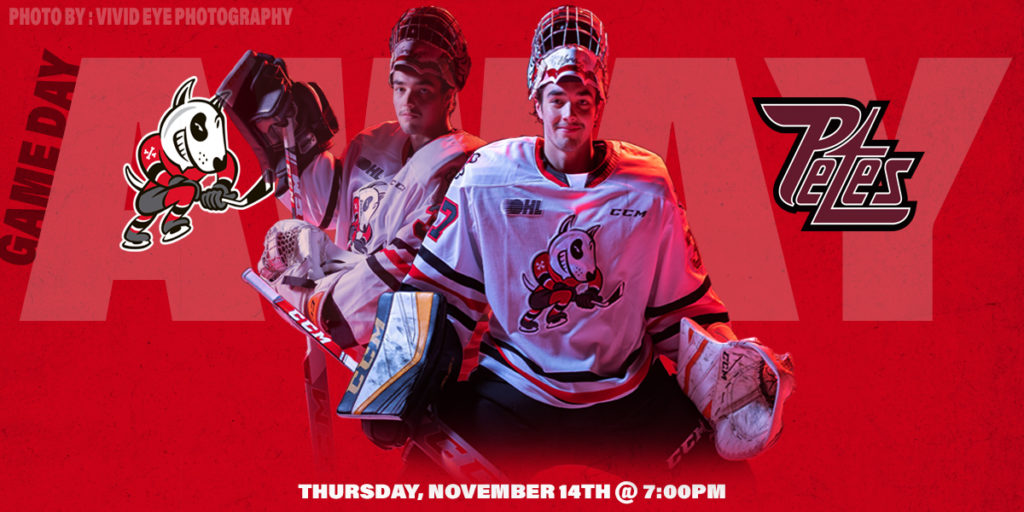 The IceDogs are kicking off another weekend of games this evening with a weekday trip to Peterborough. In the final game of the 4-game road-stint, Niagara’s looking to hit .500 on the stint after defeating Hamilton 5-4 on Sunday. This will be the IceDogs first regular season game against the Petes of 2019-2020.

This evening’s match-up will likely feature a match-up of goaltenders. Peterborough’s Hunter Jones is third in the league Goals Against Average of 2.68, and leads the league with 12 wins. Comparatively, Tucker Tynan’s save percentage is .914, fourth in the league. on Sunday, Tynan made a series of great saves, especially in the third period, to keep the rebuilding ‘Dogs ahead. Tynan’s 551 saves leads the league.

In this rebuild, both IceDogs goaltenders have been receiving nearly equal playing time, to gain valuable experience as they continue to develop. Second year goalie, Christian Sbaraglia has done his part in keeping the ‘Dogs competitive in the games he’s played. He’s faced 260 shots this season, and flashing the (red) leather in meaningful times. Most recently, he made 22 saves after two periods of play in Sudbury on Friday.

The Petes, at a different stage in their development cycle, will be a tough opponent to face for the young ‘Dogs.

This evening’s game will be broadcast live on YourTV Niagara, OHL Live, Newstalk 610 CKTB. Live updates will be provided on the IceDogs’ Twitter page.