IceDogs hit the road to take on high-flying Petes 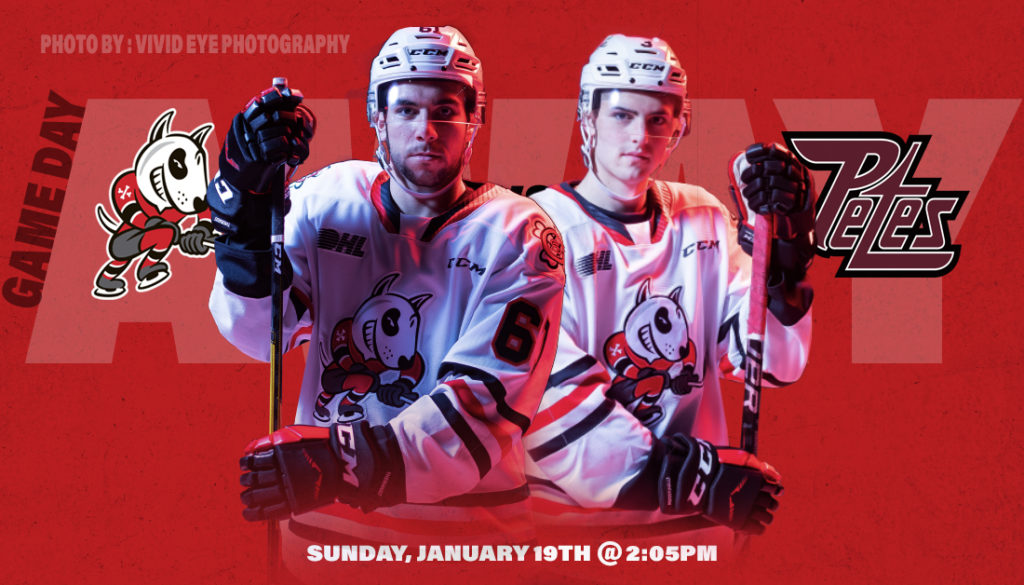 The Niagara IceDogs are back in game action this afternoon, following two emotional divisional home games against the Barrie Colts and North Bay Battalion. The new-look ‘Dog will be facing the Petes, for the first time since the trade deadline earlier this month.

The Petes sit third in the Eastern Conference with 57 points, while the IceDogs are currently in 7th with 37 points.

This afternoon’s matinee will mark the first time second-year forward Cameron Butler will be playing his former team.

It is expected the IceDogs will be without captain Ivan Lodnia this afternoon.

Although seemingly unmatched on paper, the rebuilding ‘Dogs come into this game with an advantage. Their power play (23.3%) ranks ahead of the Petes’ 22.9% successful man advantage. Although, they will be in tough, as Peterborough’s penalty kill is successful 80.6% of the time.

Former IceDogs captain Akil Thomas ranks second in Petes scoring. In 3 games with Peterborough, he has 7 points (1G, 6A). Semyon Der Arguchintsev, Peterborough’s leading scorer, has 54 points on the season, 8 of which have come against the ‘Dogs through two games.

In Saturday’s game, first-year forward Anthony Agostinelli scored the lone Niagara goal, his third of the season, on just his second shot on net. He finished the game as a +1. His linemate for the second half of the game, Lucas Theriault also finished the game as a +1. Theriault’s persistence in the faceoff circle has made him a valuable centreman for Niagara. In two home games this weekend, he won 48% of his draws.

This afternoon’s game will be broadcast live on YourTV Niagara, Newstalk 610 CKTB and OHLLive. Live updates will be provided through the official Niagara IceDogs Twitter page.