IceDogs Kick off Four Game Homestand Against the Colts 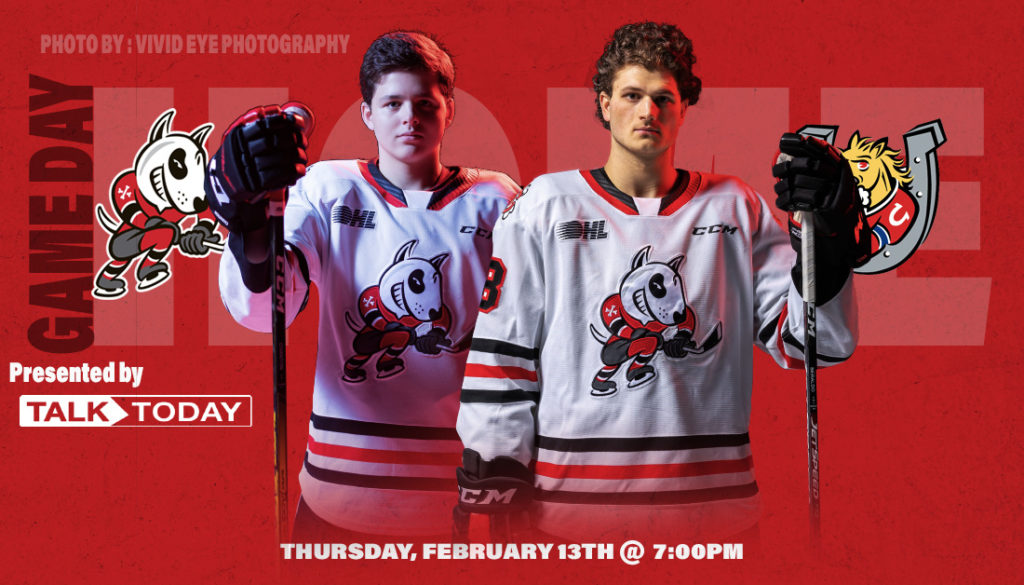 Tonight, the rebuilding Niagara IceDogs take on fellow Eastern Conference foe, the Barrie Colts. Despite the Colts being two spots ahead of the ‘Dogs in the standings, the teams are deadlocked at two a piece in their season series.

Christian Sbaraglia and Lucas Theriault, are listed as day to day with lower body injuries, captain Ivan Lodnia (week to week) and forward Cam Peters (month to month) are not expected to be in the lineup.

Tyson Foerster’s offense has exploded in his second season with the Colts. Averaging 1.35 points per game, Foerster has 30 goals and 36 assists on the season. Foerster has an impressive 19 multi-point games on the season, including one hat trick. The ‘Dogs will have to be aware of the offensive winger whenever he touches the ice.

Rookie, Anthony Agostinelli became a scoring machine in last weekends matchup against Sudbury. With two shots on net, Agostinelli picked up two goals to increase his point total to 10 points (5G,5A). With the ‘Dogs buried in injuries, first-year Agostinelli has begun to contribute to the offense of the team, showing strides that he will be a major contributor as a second year forward.

Both teams have very comparable success rates for their special teams’ units. The odd man attack for either side, could have a significant impact on tonight’s game.

The Niagara IceDogs have partnered with Canadian Mental Health Association in Niagara for tonight’s mental health awareness game, presented by Teachers Life. Join us as we continue to spread awareness around the importance of positive mental health, and suicide prevention.