IceDogs look to rein in the Colts in Barrie tonight 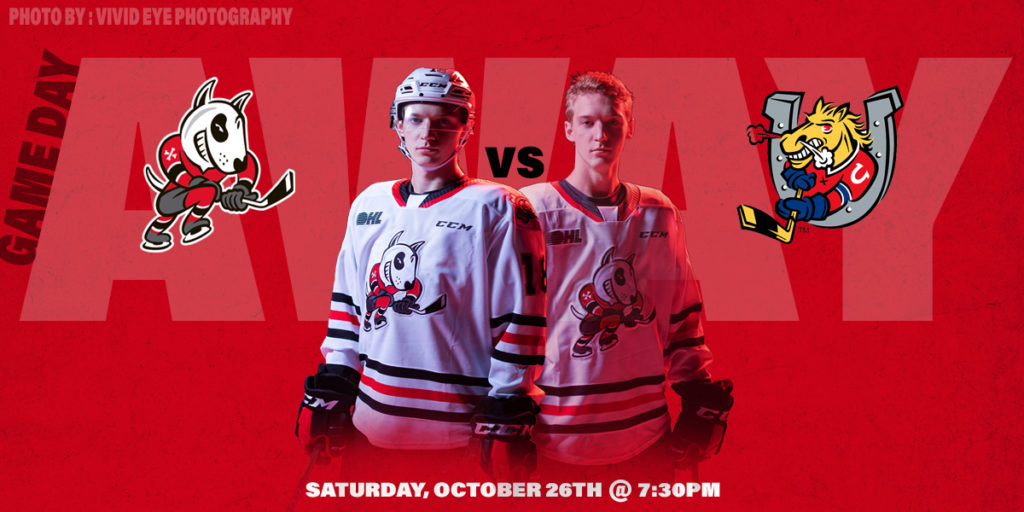 Coming off a successful start to the weekend at home last night with a 5-3 win over the Bulldogs, Niagara hits the road tonight to face the Colts. Heading North for the first time this season, the IceDogs will be looking to reign in the Colts, who have gotten off to a good start winning 7 of 12 games. They currently lead Niagara by 2 points for second place in the Central Division, with 15.

The Colts are lead on the scoresheet by Matej Pekar, a 2018 second round European draft selection from the Czech Republic. Thus far, through 12 games, he has 19 points (12 goals, 7 assists), and is on pace for a career high season. He is tied with fellow second year forward Tyson Foerster, who also has 19 points. Barrie’s 18th ranked power play, and 10th ranked penalty kill will be a point of focus for the IceDogs tonight.

Through 13 games this season, the IceDogs’ special teams have been an exciting surprise. With the 7th ranked penalty kill and 5th ranked power play, Niagara’s proven to be a difficult foe for other teams. Kyen Sopa’s 5 power play goals ranks third in the league, while Philip Tomasino’s 10 and Akil Thomas’ 7 power play assists ranks second and fifth. Not to be forgotten is Tomasino’s 2 shorthanded goals, third in the league.

Special teams are likely to be the difference in tonight’s game in Barrie.

Tonight’s game will be broadcast live on YourTV Niagara, Newstalk 610 CKTB, and live coverage will be provided on the Niagara IceDogs’ Twitter account.