IceDogs look to take the bite out of the Attack 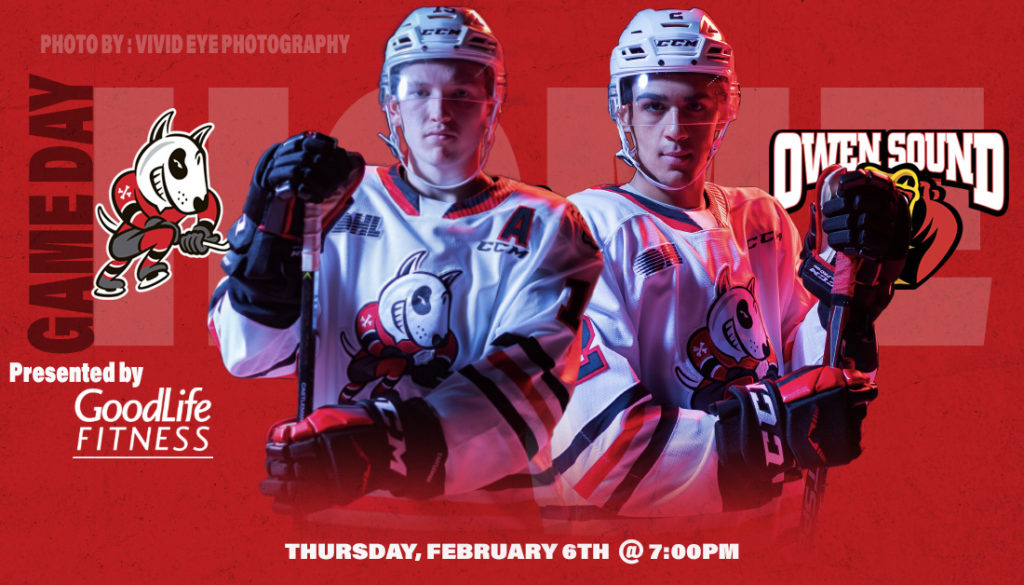 Tonight, the Niagara IceDogs (17-27-4-1) will be taking on the Owen Sound Attack (23-19-3-3) for the second, and final, time this season. These two teams faced off in December in an exciting matchup that saw the Attack pick up the extra point in a shootout.

The IceDogs are expected to be without Cam Peters, Ivan Lodnia, and Ethan Sims.

Overage defensemen, Brady Lyle, is the offensive backbone of the Attack’s blueline. Lyle has 50 points on the season and has racked up 17 multi-point games on the season. Owen Sound has an impressive 5th ranked power play (23.4%) in which Lyle has 9 of his 14 goals this year.

The last time these two teams faced off, AJ Cook assisted the game tying goal to take the game into overtime. In 43 games played, first year player Cook, has 1 goal and 7 assists. Cook has been trusted with the daunting task of moving from a defenseman to a forward roll. Cook has fit into his new role which has led to him earning minutes on the penalty kill.

Landon Cato and Ryan Campbell are the only two players, excluding goaltenders, yet to record a goal this season.