IceDogs looking to get back into the win column against Bulldogs 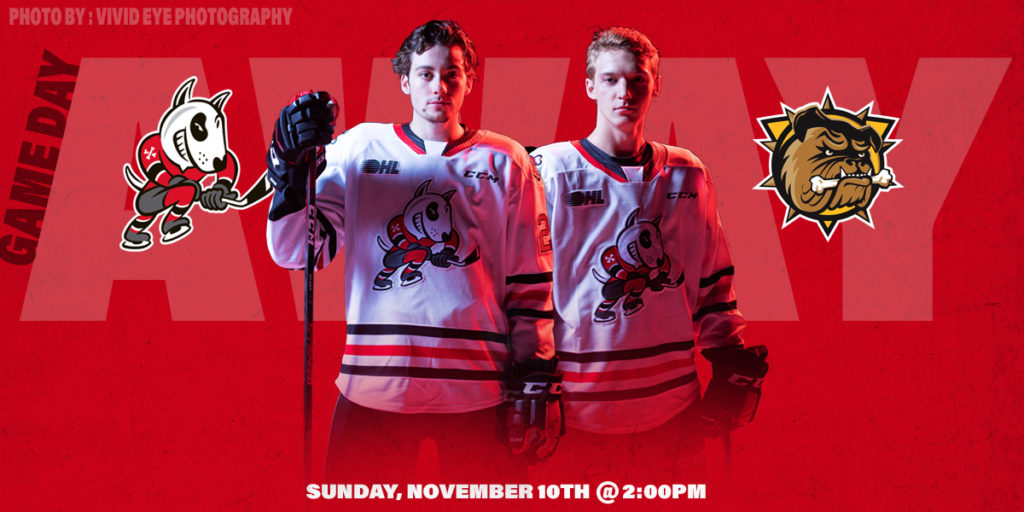 The ‘Dogs are finishing this weekend with another road game against a different type of canine. In the second game of the K9 Cup Challenge, the IceDogs are travelling to Hamilton to take on the Bulldogs. Niagara and Hamilton last faced off just a few weeks ago, at the Meridian Centre, where the IceDogs were victorious 5-3. Ethan Sims scored his first OHL goal, and Akil Thomas collected 2 goals and an assist.

This afternoon’s match-up will see LA Kings prospects Thomas and Arthur Kaliyev go head to head. In the last game between these two teams, the IceDogs held Kaliyev off the scoresheet, and will be looking to do much of the same today. Second in the league with 36 points, and first in the league with 19 goals, Kaliyev poses a significant threat to the young IceDogs’ defenders, who are likely to be without Mason Howard and Elijah Roberts for a third straight game. Thomas is expected to line-up on the blueline in their absence.

With Thomas playing the role of defenceman, additional icetime is being given to third year forward Andrew Bruder, and first year Ryan Campbell. Both Bruder and Campbell had quality scoring chances for the IceDogs on Friday night in Sudbury.

A scrum ensued after, and we’re headed to the @LBWLawyers PP as a result! #IceDogs pic.twitter.com/Y5Co7kkYAH

Soupy had a great chance to score his first #OHL goal#IceDogspic.twitter.com/Z5DfPRerOG

With the enhanced ice-time the all-rookie line of Snow-Campbell-Agostinelli is seeing more minutes than the average fourth line. Consistently being trusted to play tough minutes, while making quality scoring chances happen.

Just four points separate these teams in the standings. A win this afternoon could help the IceDogs solidify their spot in the middle of the Central Division for another week.

This afternoon’s game will be broadcast live on YourTV Niagara, OHL Live, Newstalk 610 CKTB. Live updates will be provided on the IceDogs’ Twitter page.