IceDogs looking to reset in first game of 2020 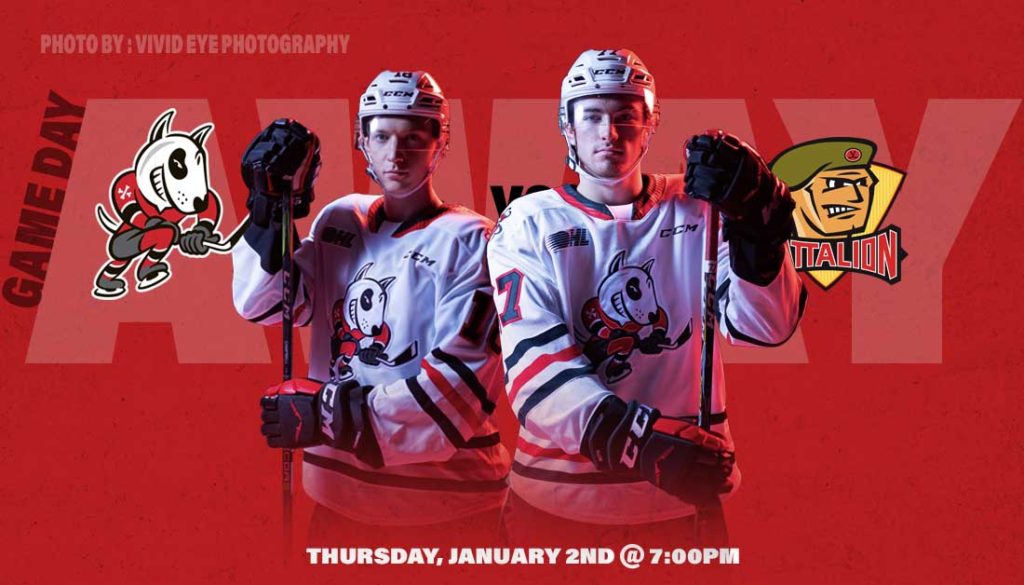 Niagara’s heading north for a one-off road game against the Battalion. Looking to reset in their first game of 2020, Niagara is hoping their rested legs will help them get a win in the season series with North Bay.

The IceDogs will be without Akil Thomas and Kyen Sopa who remain with their respective National Junior teams. Sopa’s Swiss team fell to Russia 3-1 in the first quarter-final game of the day.

The IceDogs will be facing Brad Chenier and Brandon Coe, who lead the Battalion with 37 and 32 points respectively. In two games against Niagara, Chenier  and Coe have 2 points a piece.

The IceDogs’ power play, which sits eighth in the league, will need to be sharp when they get the opportunity. North Bay’s power play ranks 15th. The Battalion’s penalty kills ranks twelfth with 77.4% efficiency. Comparatively, Niagara’s penalty kill ranks eighteenth with 75.4% success.

In the past month, the IceDogs’ first year players are stepping up. In the final game before the holiday break, Ryan Campbell picked up his first OHL point, with an assist on Anthony Agostinelli’s second career goal. Despite playing on the bottom line, Campbell is seeing consistent minutes each game he plays, as the young forward continues to develop.

The IceDogs are right back in action Saturday, as they host the Kitchener Rangers for the only home meeting between these two teams!