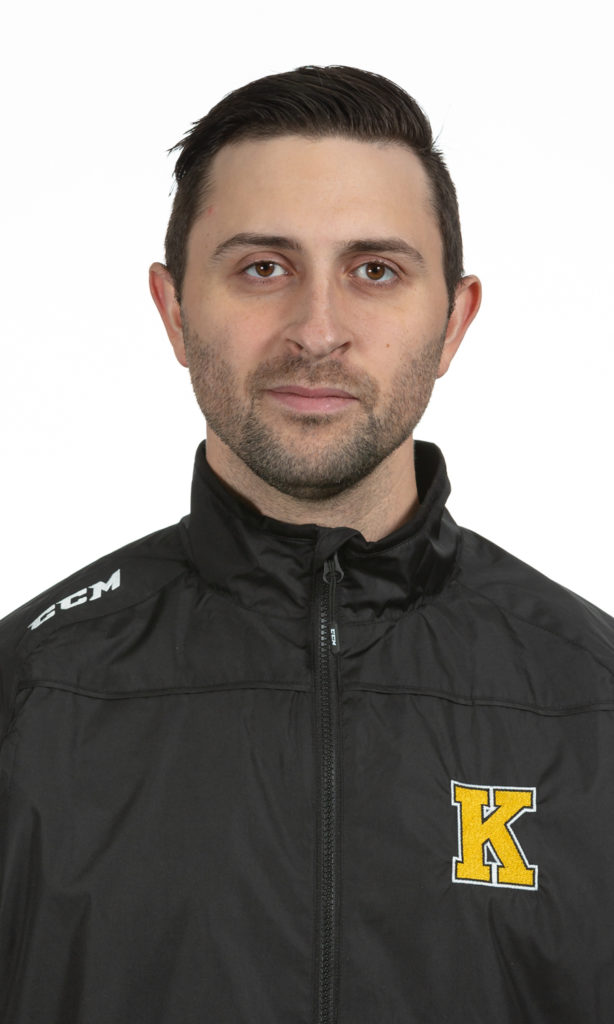 Niagara, ON – The Niagara IceDogs have named Chris Trivieri as the teams Head Athletic Therapist.

“Being a native of the Niagara region, I am honoured to be joining the IceDogs family.” said Trivieri. “The IceDogs are a great junior organization, with a NHL mentality. They are dedicated to winning, and preparing their players for the next level. Year in and year out, they are a competitive club that always seem to be in the mix come playoff time. I hope to bring my past experience from the AHL, WHL, OHL, Hockey Canada and off-season programming with professional, college and junior players to the organization, and help the IceDogs continue their winning tradition.”

Trivieri earned a Bachelor’s degree in Physical Education, Health and Physical Education/Fitness from Brock University in 2012, and an Honours BASC in Athletic Therapy, Orthopedics and Rehabilitation from Sheridan College in 2016. He is a Canadian Certified Athletic Therapist – CAT(C) from the Canadian Athletics Therapists Association and is licensed in Facial Stretch Therapy (2016) and Muscle Energy of the Lumbar Spine & Pelvis (2015).

“We are thrilled to be adding Chris to our staff.” said General Manager, Joey Burke. “He brings a familiarity with the league that can’t be taught, and will fit in great with our group. Chris brings a passion to the role that we are excited to bring in, and I can’t wait to get going at camp!”

He will arrive in Niagara in time for training camp scheduled for later this month.