IceDogs Pink in the Rink Night Game is Tonight 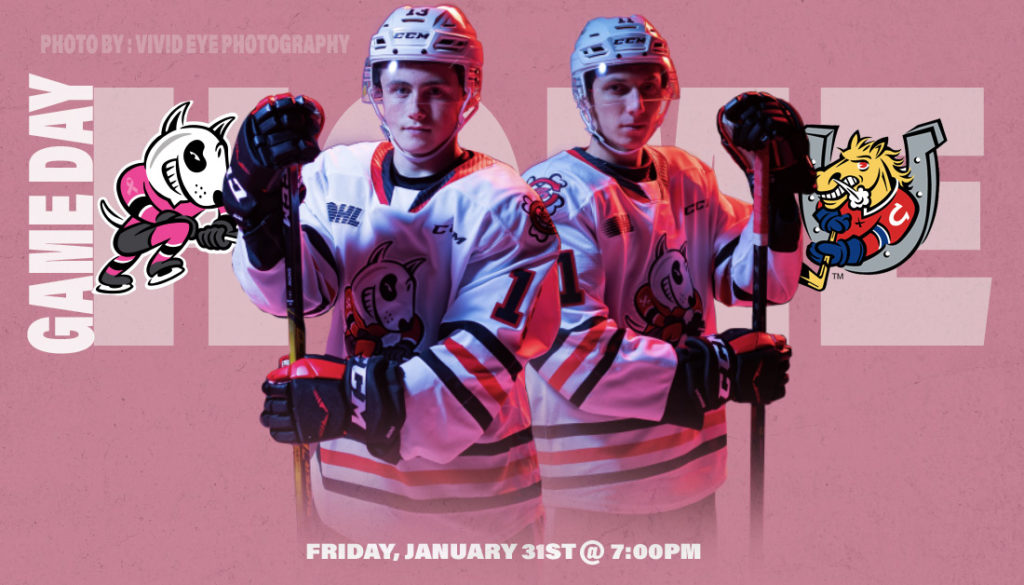 Tonight, the Niagara IceDogs will be facing off against their Central Division rival, the Barrie Colts.

Both teams were in action last night. The Colts are leading the ‘Dogs by 4 points in the Eastern Conference.

The IceDogs are expected to be without Ivan Lodnia, Ethan Sims, and Isaac Enright for tonight’s matchup. Andrew Bruder returned to game action last night against Ottawa, and looked like he hadn’t missed a beat.

The Barrie Colts acquired right wing, Ethan Cardwell leading up to the trade deadline. In Cardwell’s 9 games with the Colts, he has already picked up 5 goals and 4 assists. Cardwell is a strong young addition to the Colts, keeping them a competitive team in the standings.

In last night’s matchup against Ottawa, Jackson Doherty scored his 3rd on the season to tie the game at 1 in the second period. Although Doherty has been shuffled up and down the lineup, he always finds a way to have an impact on the game. With 3 goals and 6 assists on the season, IceDogs forward Doherty is only 4 points away from tying his career best total of 13.

Tonight, the ‘Dogs are wearing pink! Our annual is Pink in the Rink game goes tonight, and the IceDogs will being wearing specialty jerseys that will be auctioned off after the game with the proceeds going to the Canadian Cancer Society Niagara. Don’t forget to get your special edition commemorative t-shirt and mystery signed puck. Any pucks signed in silver (previously advertised as gold) will indicate a prize won! Both commemorative memorabilia items will be sold on the concourse, with all fund raised going to the Niagara branch of the Canadian Cancer Society.