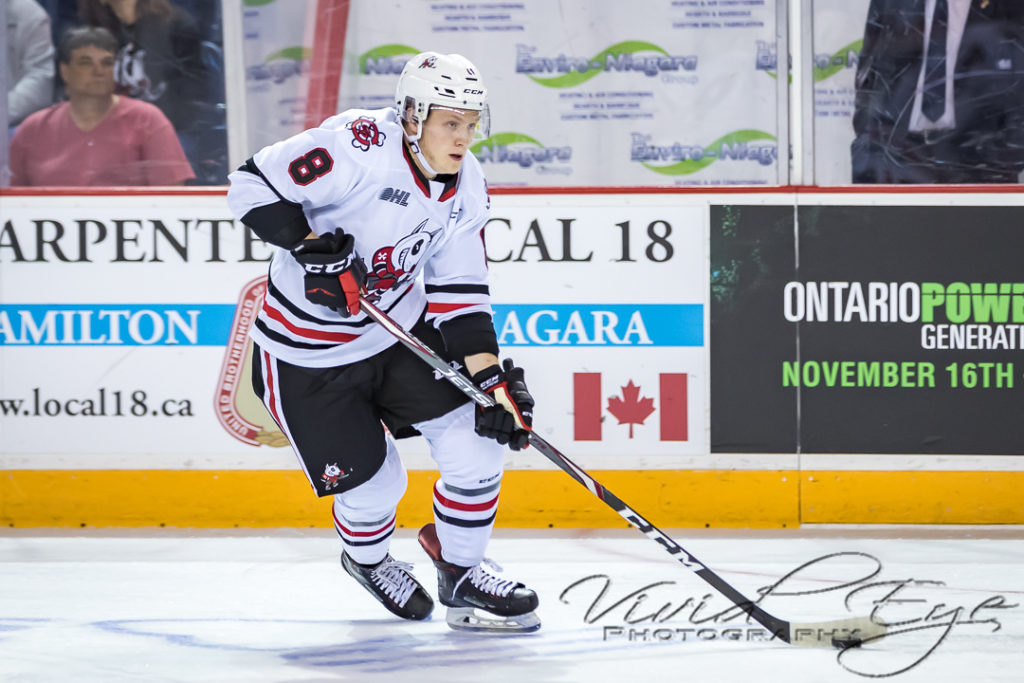 The first game in the IceDogs annual Michigan trip went tonight in Flint to take on the Firebirds. Historically, against the Firebirds in 8 meetings, the IceDogs have only lost once. Niagara faced Anthony Popovich, who won the 2019 OHL Championship, between the pipes.

Flint opened the scoring with two quick goals in the first period. On the IceDogs first power play, a shot from Phil Tomasino was stopped by the Firebirds’ goaltender, but the rebound came out directly to Kyen Sopa. Sopa tapped the puck ahead to Oliver Castleman, who tallied his third of the season! The IceDogs finished the first period down a goal, with a 2-1 deficit.

The IceDogs came alive in the middle period, getting among their best offensive chances. The outshot the Firebirds by a margin of 18-6. The best chances came from Akil Thomas feeding Anthony Agostinelli in tight, and Phil Tomasino on a breakaway, but neither could beat a sprawling Popovich.

Eight minutes into the third period, Jackson Doherty broke through the barrier that is Popovich to score his first goal as an IceDog! Banging away at a rebound from a shot by Kyen Sopa, Doherty’s goal brought Niagara to a 2-2 tie. The Firebirds turned on the pressure, especially in the final minutes of regulation play. Tucker Tynan made brilliant saves to send the IceDogs to their second consecutive overtime period – extending the IceDogs’ point-streak to four games this season.

Overtime solved nothing, as the game headed to a shootout. Kyen Sopa scored the lone IceDogs goal in the three rounds, as the Firebirds took the game 3-2.

The IceDogs return home next Thursday, October 3rd, against the Saginaw Spirit. Tickets are starting as low as $10/person and can be purchased online HERE, or in person at the following locations: