IceDogs Re-grouped and Ready to Go at Home 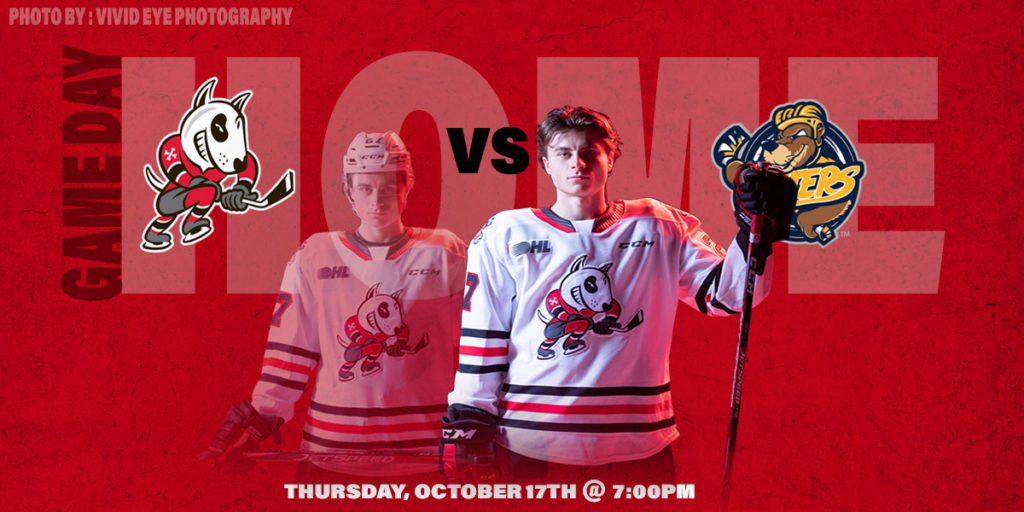 The IceDogs will be welcoming a rival from across the border, the Erie Otters, tonight. The IceDogs and Otters are both ranked sixth in the Eastern and Western Conferences respectively. The ‘Dogs (3-2-2-1) will be looking to get back in the winning column tonight.

The Erie Otters are home to rookie goaltender Aiden Campbell. Campbell was rated a ‘B’ in the NHL Central Scouting’s October ‘Players to Watch’ List for the upcoming 2020 NHL Draft. Only six OHL players received this rating. Playing in four games, Campbell has earned four wins and a 0.898 save percentage. The IceDogs currently have 12 players with goals on the season and will have to rely on the full lineup to capitalize tonight.

Isaac Enright is making a splash this season. Have just recently been named to the Canadian U17 Hockey Challenge Roster, Enright has been playing big minutes alongside veteran defenseman Elijah Roberts. With one assist in 9 games, Enright is continuing to grow as a player and providing confidence in the IceDogs back end.

Don’t miss out on your IceDogs trying to gain some points and break ahead of the pack in a tight Eastern Conference standings race.

October is Child Abuse Prevention Month! Join us in wearing purple to tonight’s game to show support for Family and Children’s Services (FACS) Niagara, as they seek additional resources and homes for Niagara’s vulnerable youth.