IceDogs’ Roberts commits to Ryerson for 2020-21 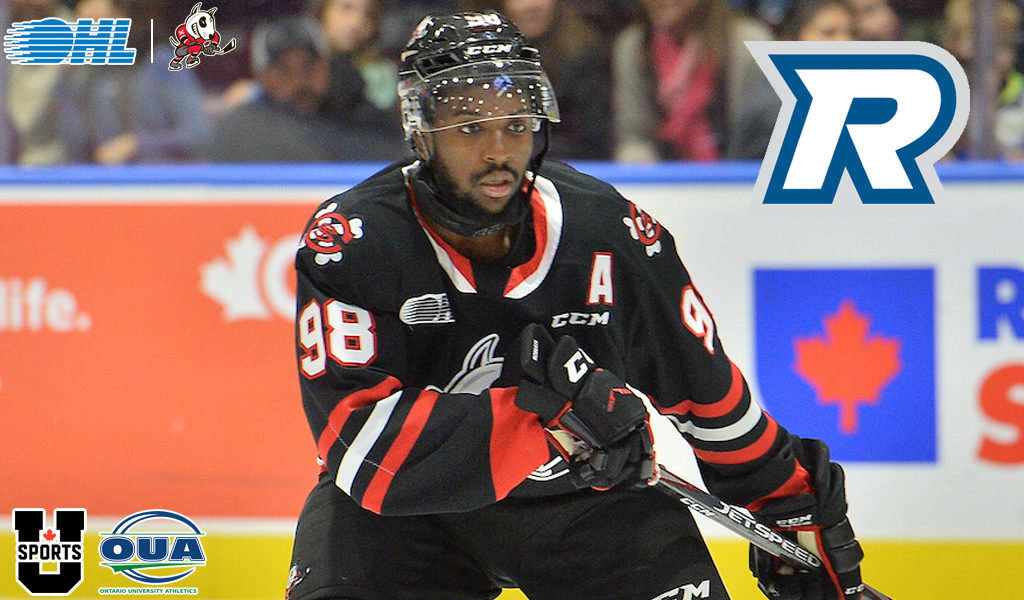 The 21-year-old served as an alternate captain this past season, helping to lead a young IceDogs team through a rebuilding year. He posted 108 points (23-85—108) over the span of his five-year OHL career and produced a career high 32 points (6-26—32) during the 2018-2019 campaign to help his team to a Central Division title.

Roberts was originally selected in the second round of the 2015 OHL Priority Selection out of the Toronto Marlboros by the Kitchener Rangers and played two seasons with the Blueshirts before a three-year stint in Niagara. He helped Team Canada White to a gold medal at the 2015 World Under-17 Hockey Challenge and represented Canada at the U18 Hlinka Gretzky Cup the following year.

Roberts will be close to his hometown of Brampton, Ont. and will be entering the RTA: Sport Media program.

M? | @RyersonRamsMHKY is pleased to welcome Elijah Roberts as the first member of the 2020-21 recruiting class! Roberts spent five seasons in the @OHLHockey and is a strong two-way player. #weRrams https://t.co/m5VVjC9peA