IceDogs Run out of Fuel in Loss to Owen Sound 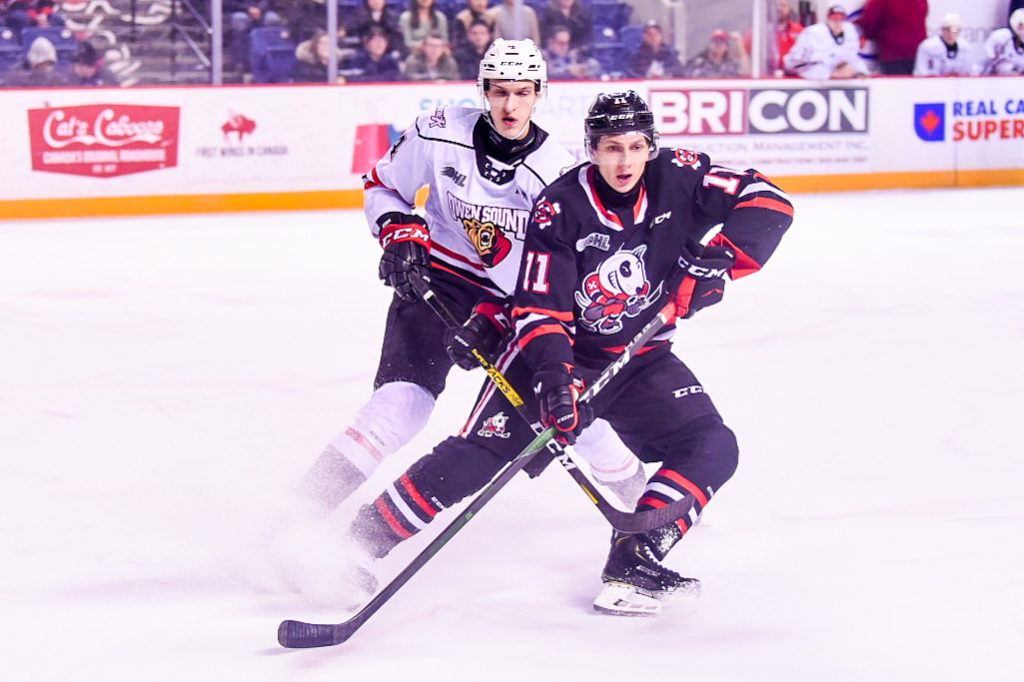 Tonight, the Niagara IceDogs took on the Owen Sound Attack at the Meridian Centre concluding the season series. The last time these two teams faced off, the IceDogs came home with a point in a 6-5 shootout loss.

With the Attack being a strong first period team, the ‘Dogs knew that they would have to weather the storm in the first 20. MacLean successfully saved 14 shot on net, before the Attack got on the scoreboard 6:38 into the game. The Attack added one more goal before the IceDogs power play went to work with 1:44 remaining in the period. Cameron Butler got the ‘Dogs on the board with a slap shot from the top of the circle.

Owen Sound scored once more to extend their lead to 3-1 going into the 1st intermission.

Unfortunately, the IceDogs ran out of fuel in their tank and the Attack took this one 11-1. The ‘Dogs look to regroup and come out flying for their game Saturday on the road.

The IceDogs are on the road for two straight before returning to the Meridian Centre on Thursday, February 13th to take on the Barrie Colts. Tickets are starting as low as $15/person and can be purchased online HERE, or in person at the following locations: