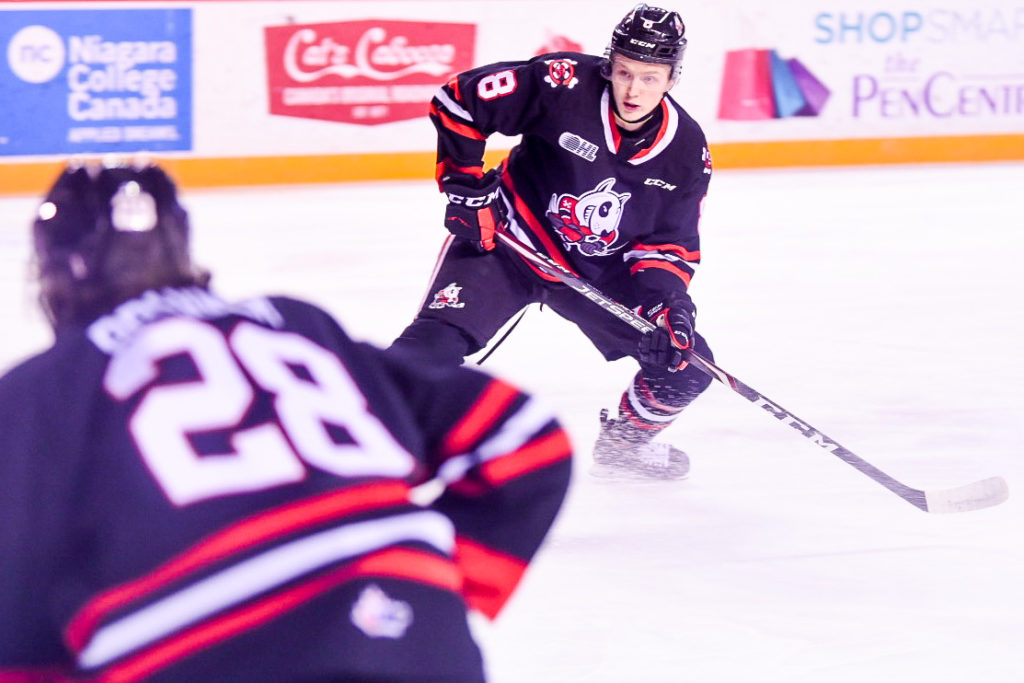 Andrew Bruder returned to the lineup for tonight’s matchup against the CHL leading Ottawa 67’s. Tonight was also our equipment manager, Nick Hornby’s, 500th game with the IceDogs.

Ottawa scored 1:59 into the game, which was followed by Christian Sbaraglia making 11 consecutive saves to keep the game within one. The ‘Dogs also kept the Ottawa 67’s 1st ranked power play off the board with their single odd man advantage in the first 20.

The IceDogs continued to hold their own against the league leading Ottawa 67’s in the second period. Jackson Doherty scored his 3rd on the season, tipping in Mason Howard’s shot from the point.

The ‘Dogs successfully killed off another Ottawa power play, before getting a quality chance on the 67’s goaltender from Jake Uberti and Cameron Butler going hard to the net. The second period ended in deadlock at 1.

Ottawa scores 2 quick ones in the third to take a lead of 3-1. The ‘Dogs answered back on the power play as Cameron Butler scored his 15th on the season, with assists going to Elijah Roberts and Oliver Castleman.

Ultimately, the Ottawa 67’s hold on to take the game 3-2. Christian Sbaraglia made 42 saves against the high-flying 67’s.

Do not forget that tomorrow evenings game against the Barrie Colts is Pink in the Rink at the Meridian Centre! The IceDogs will be wearing specialty jerseys that will be auctioned off live post game, with the proceeds going to Canadian Cancer Society Niagara.