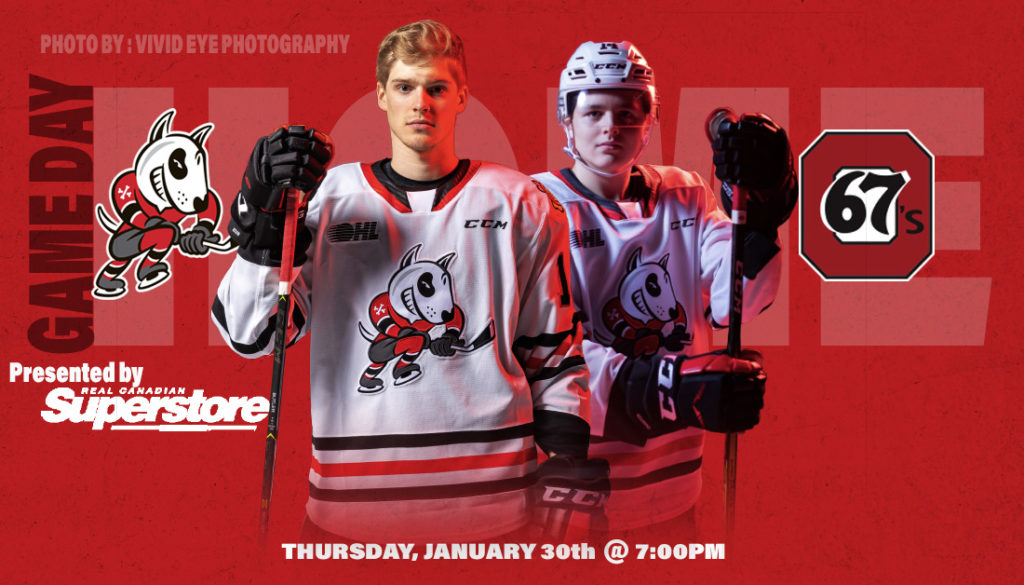 Tonight, the Niagara IceDogs are taking on the league leading Ottawa 67’s. After a recent loss in Ottawa, the ‘Dogs are looking to earn a win in their third matchup against the 67’s.

Ottawa has been ranked as the CHL’s Top Team for another consecutive week.

This is the first game in another 3 in 3 weekend for the IceDogs.

The IceDogs are expected to be without Ivan Lodnia, Andrew Bruder, Ethan Sims, and Isaac Enright for tonight’s matchup.

Overage defensemen Noel Hoefenmayer, has only been kept off the scoresheet in 8 contests this season. Drafted by the Arizona Coyotes in 2017, Hoefenmayer has already surpassed his season high total in points in only 43 games played. From the back end, Hoefenmayer is a constant offensive threat with 46 assists and 4 game winning goals.

The IceDogs’ offense has been struggling as of late, but the ‘Dogs are still running an impressive 6th best power play. With a 23.4% success rate, the ‘Dogs have found the back of the net 40 times with the man advantage. Oliver Castleman is leading the team with 10 ppg on the season, and Andrew Bruder has buried two highlight reel goals since being added to the first string power play.