IceDogs take on the Frontenacs before Christmas Break 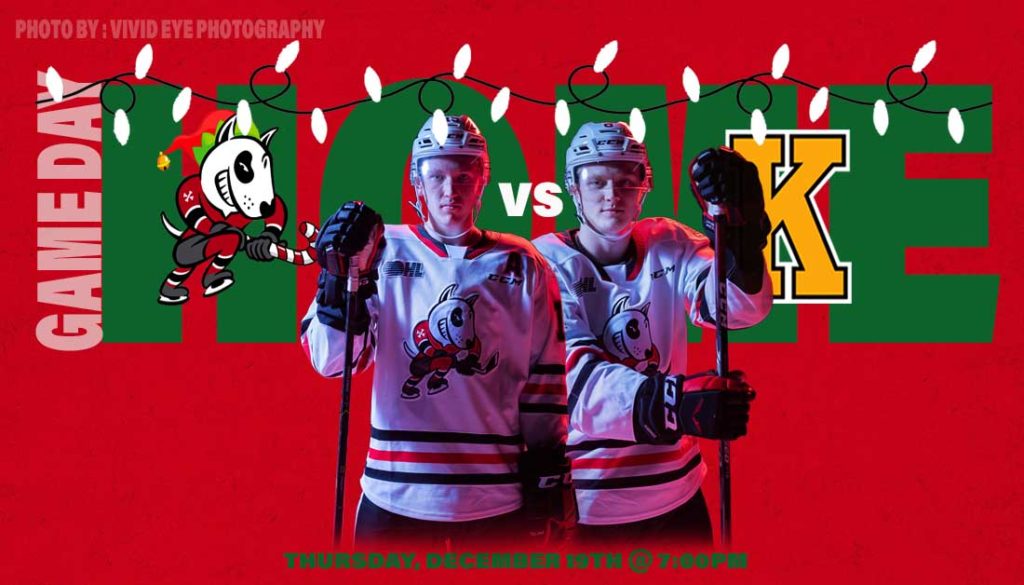 The IceDogs are returning to the ice for their last game before the Christmas break. For their opponent – the Kingston Frontenacs – tonight is also their last game prior to the holidays.

IceDogs captain Akil Thomas will be away at the World Juniors with team Canada; Kyen Sopa and Giancarlo Chanton are away with the U20 Switzerland team.

These two teams have gone head to head already twice this season in which the ‘Dogs picked up points in both contests – a win and an overtime loss. A win tonight will be a big two points moving the IceDogs back into 5th of the Eastern Conference before the holidays.

Although the Kingston Frontenacs power play is ranked 13th in the OHL, rookie Shane Wright is finding ways to put up points on their man-advantage. Wright has tallied 13 points on the power play with 6 being goals. Not only will the IceDogs need to be aware of his presence on the power play, Wright also has a short handed marker this season.

The IceDogs assistant captain, Phil Tomasino has been unstoppable in the past against Kingston. In two games this season against them, he has 4 goals and 8 points, including a hat trick. With Akil Thomas away, Tomasino will be centring the top line for the IceDogs and will be leading the team’s offense.

Purchase tickets and head to the Meridian Center to cheer on your Niagara IceDogs. Tickets are starting as low as $10/person and can be purchased online HERE, or in person at the following locations: