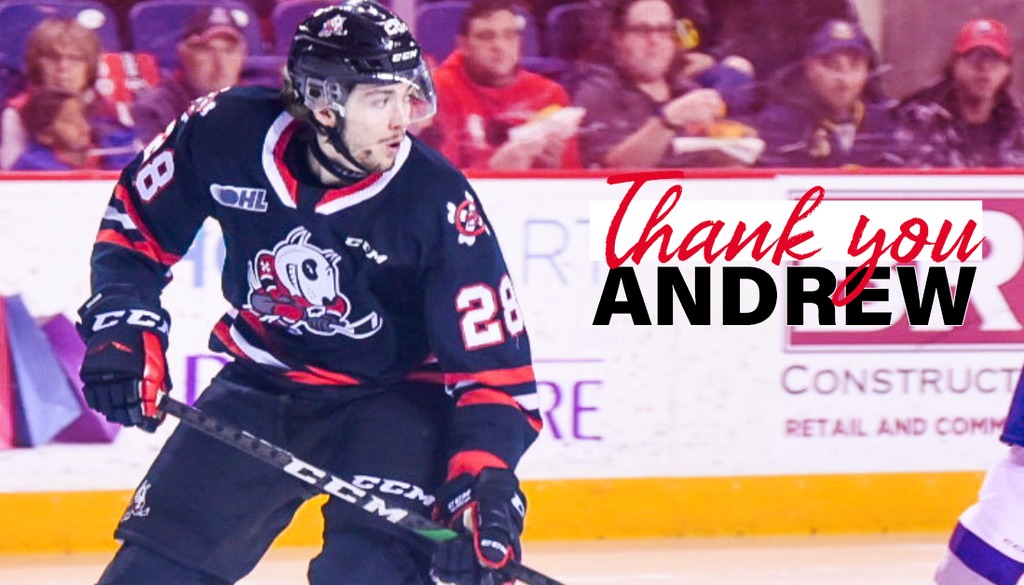 The Niagara IceDogs have announced that 2000-born forward Andrew Bruder has been transferred to the Trenton Golden Hawks in order to pursue future opportunities in the Ontario Junior Hockey League.

“We can’t thank Andrew enough for everything he has given our team and the Niagara Region over the past 3 seasons,” said General Manager Joey Burke. “Making this league as a free agent is a difficult thing to do and Andrew has excelled since arriving here. He has always exemplified what it means to be an IceDog, both in the ice and in the community. While it is always difficult to see a player go, we believe he has found the perfect fit in a great program with Trenton. Andrew is a great young man and we wish him nothing but the best in his bright future!”

The IceDogs would like to thank Andrew for all of his contributions and wish him the best moving forward.