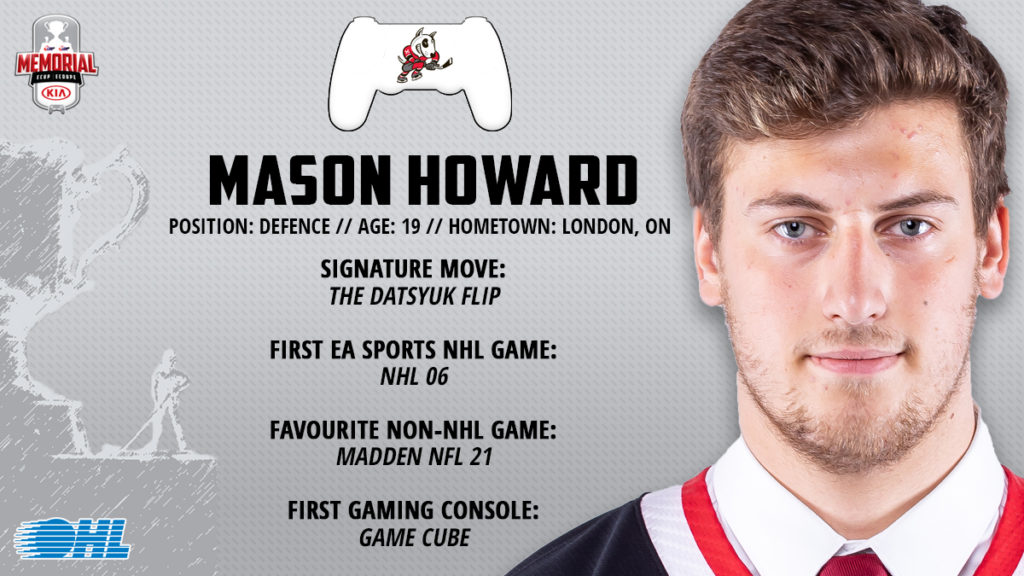 Opposing forwards generally keep their head up when big number 10 is on the ice for the Niagara IceDogs. Mason Howard looks to carry his imposing presence over into the Playstation world later this month as he represents the Dogs in the inaugural Memorial eCup presented by Kia.

A 19-year-old product of London, Ont., Howard has developed into one of the League’s steadier shutdown defenders, known throughout the Eastern Conference as a reliable shot blocker. The 6-foot-3 defender might have a little offensive magic up his sleeve in NHL 21, citing the ‘Datsyuk flip’ as his go-to option on the attack.

FAST FACT:
A 10th round pick by the IceDogs in the 2017 OHL Priority Selection, Howard was one of 11 players on his London Jr. Knights U16 team to be taken after they won an ALLIANCE championship that season. He skated alongside such names as Carolina Hurricanes second-round pick Ryan Suzuki and Philadelphia Flyers draftee Mason Millman. His friends call him ‘Howie’.