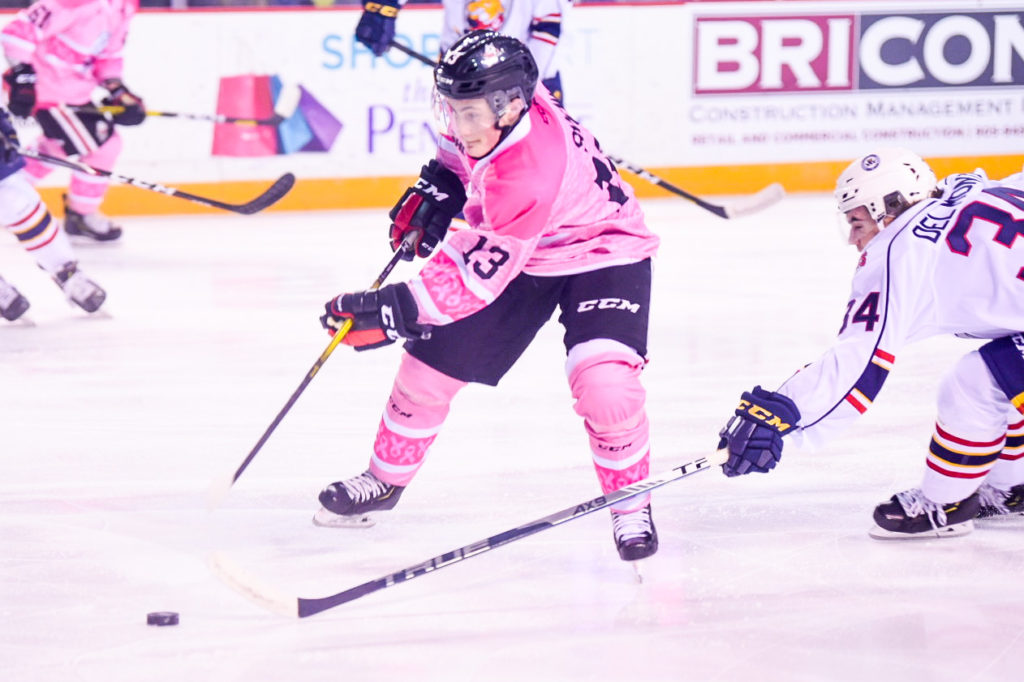 The Niagara IceDogs and the Barrie Colts are familiar foe in that this is their fourth time meeting this season. The ‘Dogs have already picked up 4 out of a possible 6 points against the Colts.

Christian Sbaraglia took over the IceDogs net to begin the second period. The Colts extended their lead to 6-0 with a power play marker. The IceDogs got on the board with 2:12 remaining in the middle frame, as rookie Cameron Snow had the puck on the side of the net and had enough patience to step around the Colt’s goaltender and slide it in far side. Jake Uberti collected the lone assist.

The Colts got a quick one to start the third period but the IceDogs answered back 2:11 later. Lucas Theriault scored his 5th of the season picking out the top right corner.

The Colts score one more to take the game with a score of 8-2.

At the end of tonight’s game there was a live auction for the Niagara IceDogs’ specialty jerseys. Stay tuned for an update on the total amount raised for the Niagara branch of the Canadian Cancer Society

The IceDogs are closing out their weekend down the QEW tomorrow afternoon against the Hamilton Bulldogs, before returning home on Tuesday, February 4th to face-off against the London Knights. Tuesday’s game will be the make up game for the December 12th game. Tickets are starting as low as $15/person and can be purchased online HERE, or in person at the following locations: