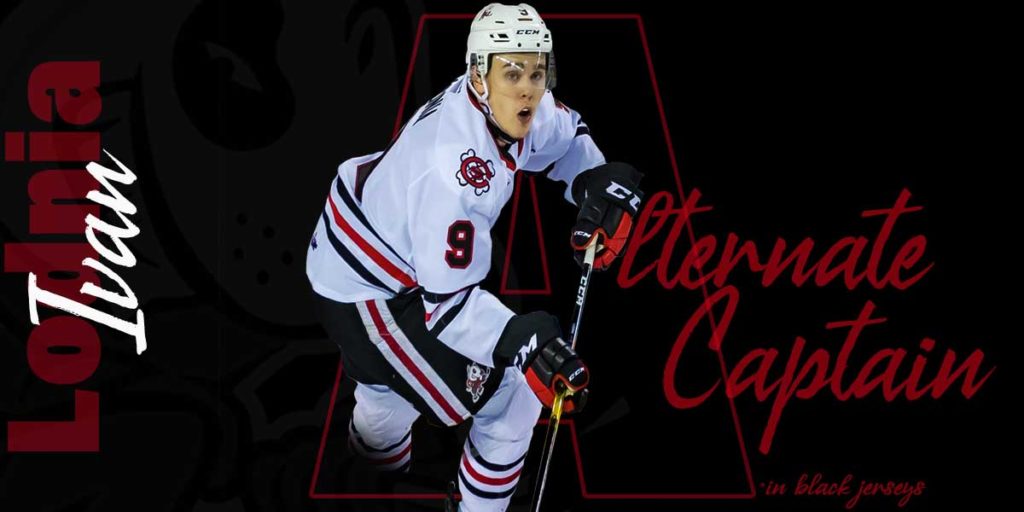 Niagara IceDogs Head Coach Billy Burke has announced that Ivan Lodnia has been named an Alternate Captain for the 2019-20 season, supporting Captain Akil Thomas. He will wear the “A” when the team wears its black jerseys.

Lodnia, who was acquired in the summer of 2018, was recently returned to the IceDogs from the Minnesota Wild. In 11 games, he has 18 points (10 goals, 8 assists), and is over a point-per-game this season.  His creative goal scoring abilities and high level skating saw him play a key role for the IceDogs. He has two games winning goals, in a shoot-out and overtime this season.

Giving the people what they want 🚨 #IceDogs | @ivan_lodniapic.twitter.com/nesMfhzoq9

“This organization has been there for me from the start.” said Lodnia. “I’m excited and honoured to be given the opportunity to go lead this young team.”

“Since Ivan was reassigned back to us he has naturally embraced a leadership role on the ice and in the dressing room” said IceDogs Head Coach Billy Burke. “We were all surprised by getting Ivan back. A person of lesser character could have moped and felt sorry for himself, but Ivan has gone in the complete opposite direction. He is a first class person, his practice habits are excellent, and he is an elite talent that plays a strong two-way, professional style.”

“Ivan is a great role model for our younger players to look up to.”

The Niagara IceDogs would like to congratulate Ivan on this significant achievement!