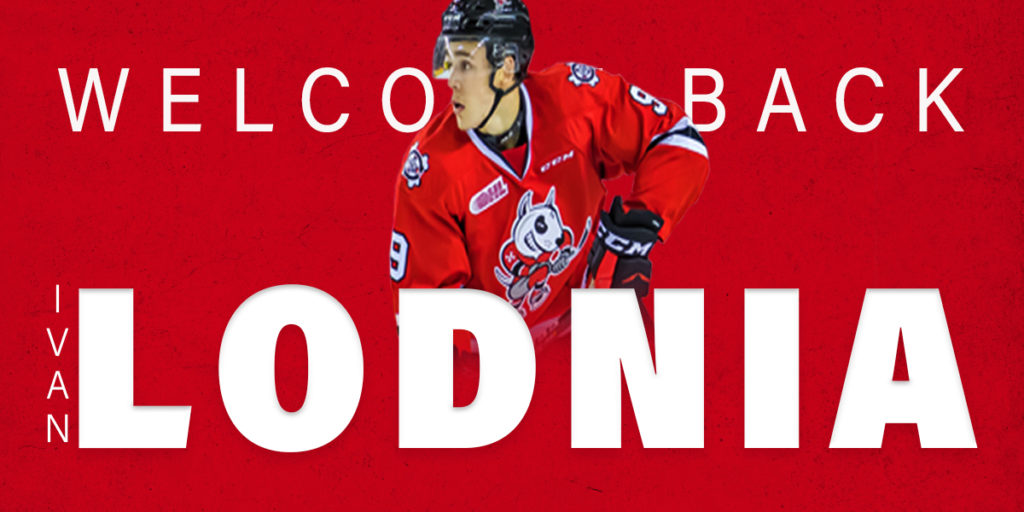 Niagara, ON- The Minnesota Wild announced today that 2017 NHL Draft third-round selection, Ivan Lodnia, has been returned to Niagara for his over-age season.

The #mnwild today assigned forward Ivan Lodnia from the @IAWild to the @OHLIceDogs, his junior team in the Ontario Hockey League.

Lodnia signed an Entry-Level Contract with the Wild in December of 2017, just six months shy of being drafted. He was acquired by Niagara from the Erie Otters in August 2018. His creative goal scoring abilities and high level skating saw him play a key role for the IceDogs last season. In 11 post-season games, Lodnia led the IceDogs with 14 points (4G, 10A). Following the end of the 2017-18 and 2018-19 seasons, Lodnia joined the Iowa Wild, Minnesota Wild’s AHL affiliate.

“We are thrilled to be adding Ivan back to Niagara today” said General Manager Burke. “This addition gives us an elite, premier over-age player in the league. We can’t wait to continue working with Minnesota on Ivan’s development!”