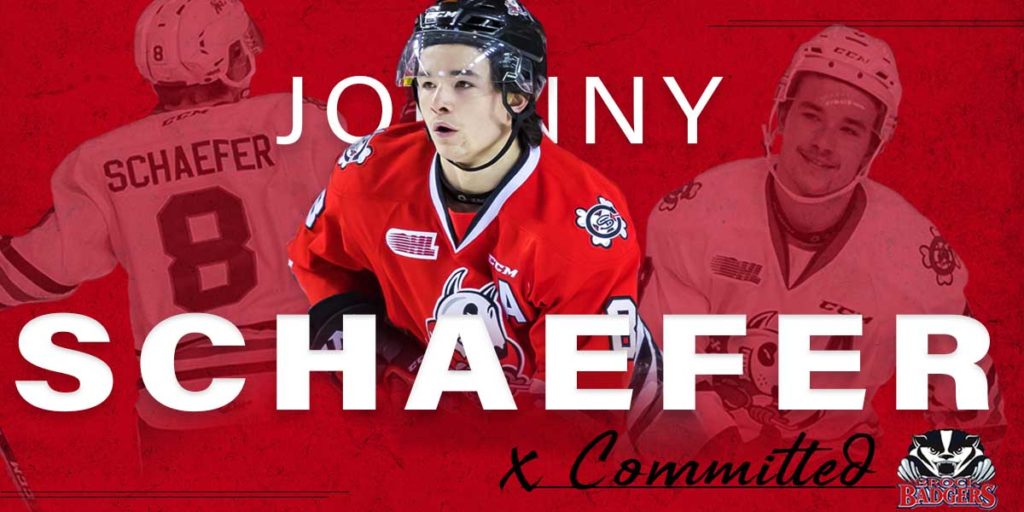 Niagara, ON – Niagara IceDogs overage defenceman Johnny Schaefer has committed to play close to home, with the Brock Badgers, for the 2019-20 season.

Schaefer was drafted in the 6th round (114th overall)  of the 2014 OHL Priority Selection by the IceDogs.

Over the course of four seasons, Schaefer played 183 games for Niagara. In his first full season with the IceDogs, 2016-17, he quickly became a fan favourite on and off the ice. On the ice, Schaefer was relied upon to shut-down the opposing teams top lines. He was willing to do whatever it took to win. Off-ice, he won over the hearts of fans by taking time to speak with fans of all ages. He frequently visited young fans in hospital, to bring them cheer during difficult times. Schaefer was named an Alternate Captain in October 2018.

In his final season, 2018-19, he set a career high in total points (2G, 13A). Knowing for playing a defence-first style, Schaefer didn’t have a strong offensive contribution, but when he did score, it was at opportune times. Fans might remember that it was Schaefer’s lone post-season goal in Game 4 of the Eastern Conference Final that helped the IceDogs win their franchise second Conference Championship.