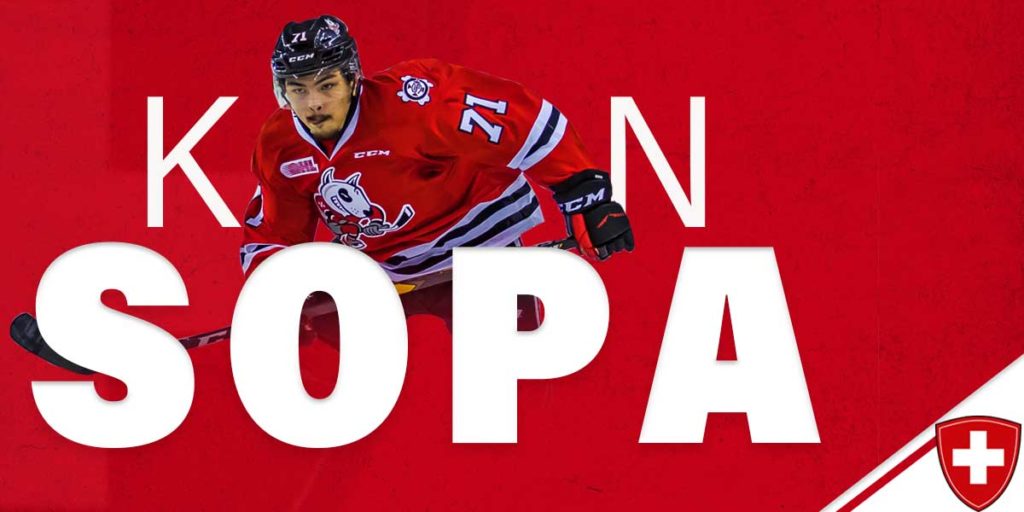 Niagara, ON – The Swiss Ice Hockey Federation has announced that Kyen Sopa will be attending their U20 Summer Evaluation Camp beginning today in Vierumäki, Finland. The Swiss will play 4 games against Finlands U19 and U20 teams, and the Czech Republic.

Sopa joined the IceDogs for the 2018-19 season, after playing in Switzerland’s U20 Elite league for Bern. In 55 games with the IceDogs, Sopa scored 19 goals and collected 12 assists. Sopa quickly became a fan favourite in Niagara, scoring the first home goal of the season and following up his goals with exciting goal celebrations.

He has previously represented Switzerland internationally at the U17 and U18 levels. He was invited and attended the Swiss U20 Selection Camp prior to the 2019 IIHF World Junior Hockey Championship in Vancouver and Victoria. He was slated to make the Swiss World Junior team, but he was injured in camp and was unable to participate.