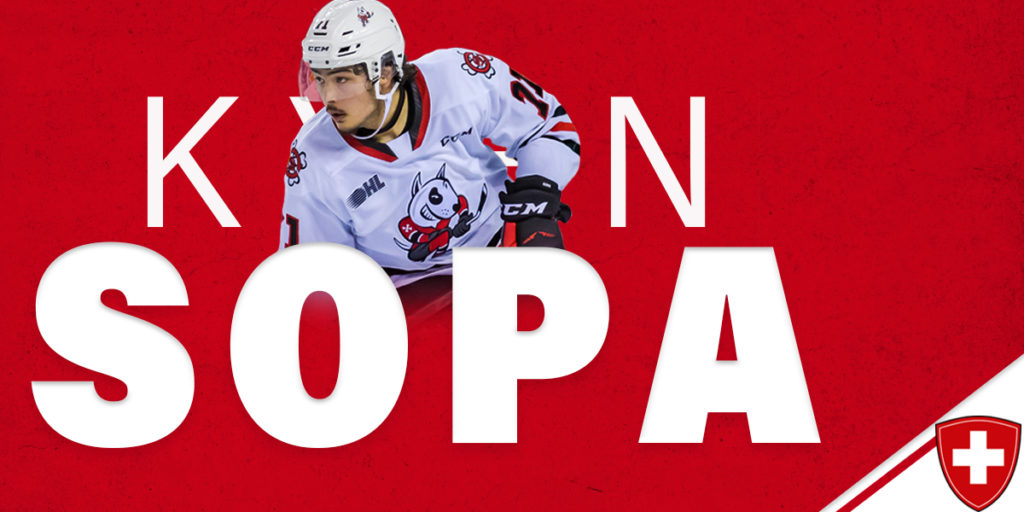 In his second season with the IceDogs, Sopa has collected 14 goals and 17 assists (31 points) in 30 games.

Previously, Kyen has represented Switzerland on the international stage at the U17, U18 and U20 levels. He was selected to the Swiss team for the 2019 World Juniors, but was unable to participate due to injury.

Fans can catch Kyen and Team Switzerland in action on TSN. Follow @OHLIceDogs on twitter for all updates!

The Niagara IceDogs would like to congratulate Kyen on this significant accomplishment, and wish him the best of luck in Ostrava and Trinec!