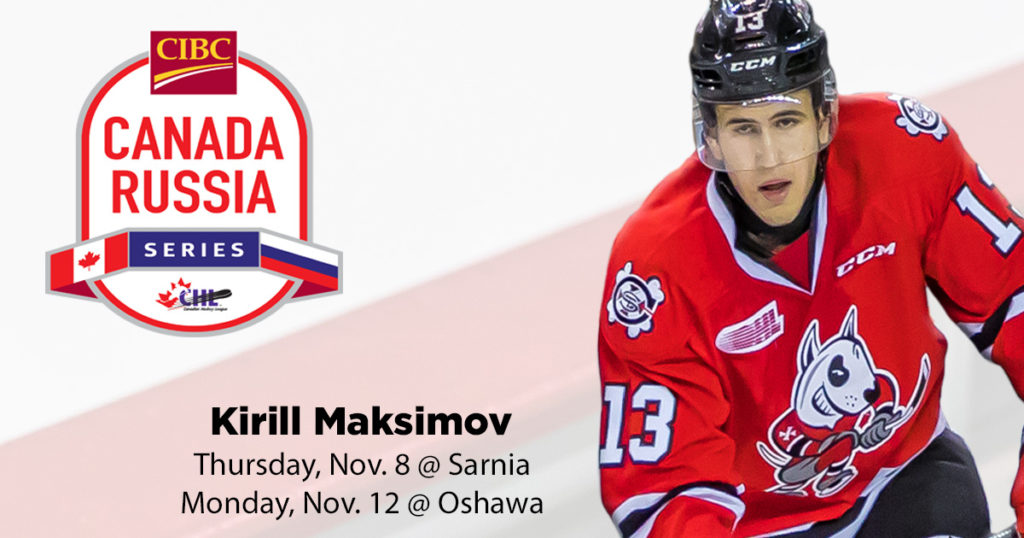 The Russian Ice Hockey Federation announced this morning that Kirill Maksimov is among the 10 CHL players to join their national junior team later this month as they travel to Canada for the CIBC Canada-Russia series.

Maksimov is expected to play for Team Russia in both OHL games – Thursday, November 8th in Sarnia and Monday, November 12th in Oshawa.

The Niagara IceDogs would like to wish Kirill the best of luck as he represents his country in next weeks’ CIBC Canada-Russia series.