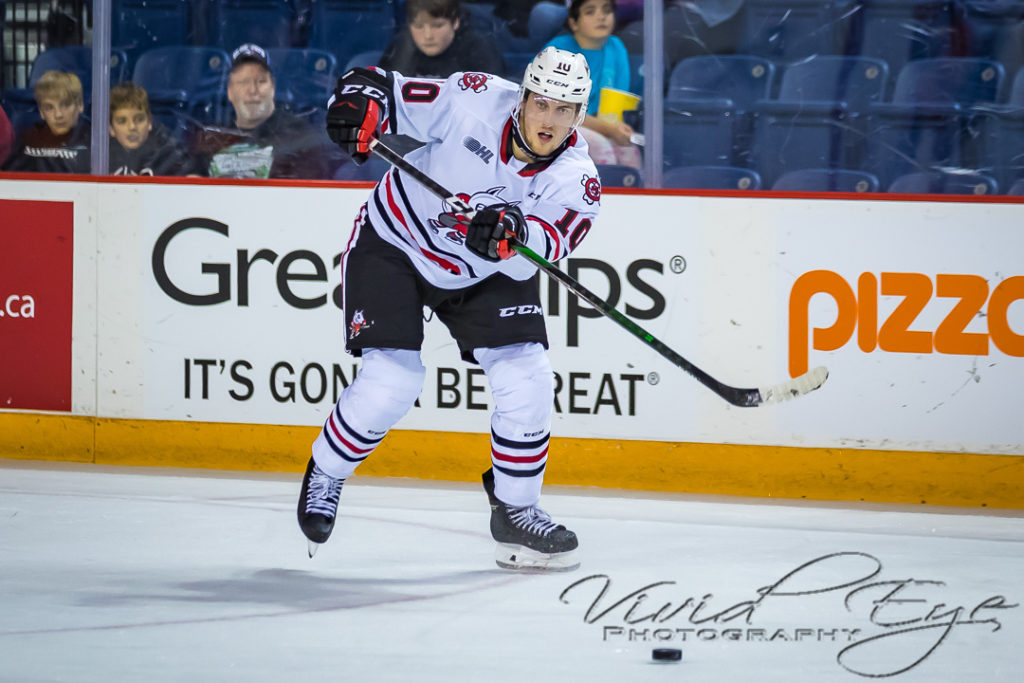 It has been anything but a pain-free journey for Niagara IceDogs’ defenceman Mason Howard, who skated in his 100th career regular-season Ontario Hockey League game, Sunday afternoon, when the IceDogs visited the Guelph Storm.

“I just want to help the team win, no matter what it takes.”

Cleary, a mantra he takes to heart even if it means being stiff and sore the next morning.

Howard, who headed to the dressing room after blocking several shots in a penalty-killing effort late in the second period, stayed in the game, showing why he’s become a mainstay on the IceDogs’ backend this season.

The selflessness he displayed proved vital in rendering all eight of the Storms’ power plays unsuccessful, ending Niagara’s pointless streak at 14 games.

There’s no question that the sophomore rearguard clearly carries a team-first mentality, something his head coach praises him for. “He’s fearless; he’s a warrior,” Billy Burke said. “He leads with the heart which he shows on a nightly basis.”

Selected by Niagara in the 10th round of the 2017 Ontario Hockey League Priority Draft (185th overall), the London native is grateful for the significant accomplishment he’s achieved.

“It’s a great milestone to achieve for me personally,” said Howard. “A hundred games is a lot within the last two years and I’m thankful for being given the opportunity to achieve it.”

The entire Niagara IceDogs organization would like to congratulate Mason on this significant career accomplishment!