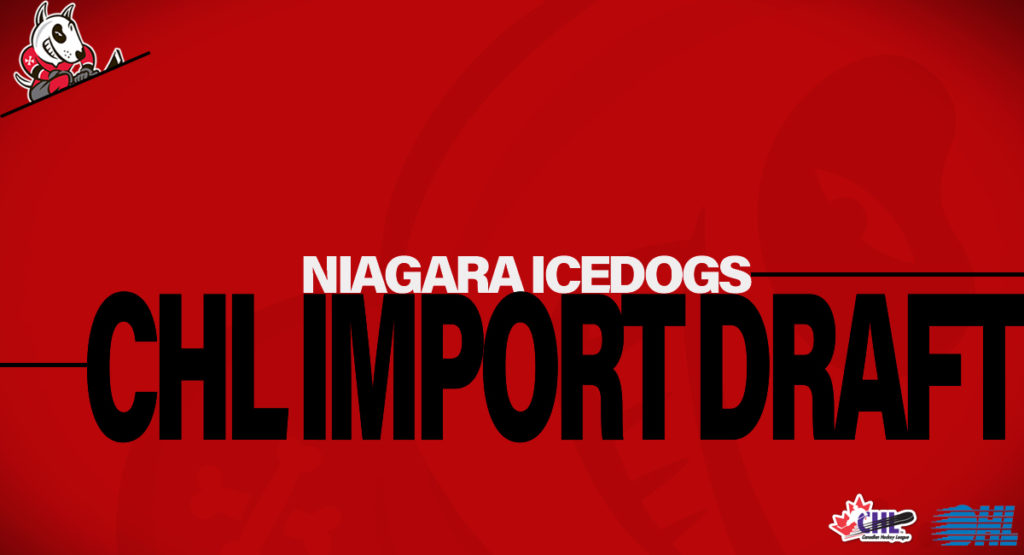 The Niagara IceDogs are in full preparation mode for the upcoming CHL Import Draft on Thursday, June 27th. The IceDogs will be making their sole selection 47th overall.

Last year, the IceDogs acquired Swiss forward Kyen Sopa, who quickly became a fan favourite in the 2018-19 season scoring the team’s first goal at home. Despite missing some time due to injury, Sopa collected 31 points (19 goals, 12 assists) in 55 games. Sopa will be returning for the 2019-20 season.

In the second round, Daniel Bukac was selected, after spending 2 seasons with the Brandon Wheat Kings, of the WHL. Bukac became a steady presence on the blueline in Niagara, and contributed offensively with 15 points (4 goals, 11 assists) in 54 games. Bukac missed time in the winter as he represented the Czech Republic at the 2019 IIHF U-20 World Junior Hockey Championship.

History of European Players to Play for the Niagara IceDogs