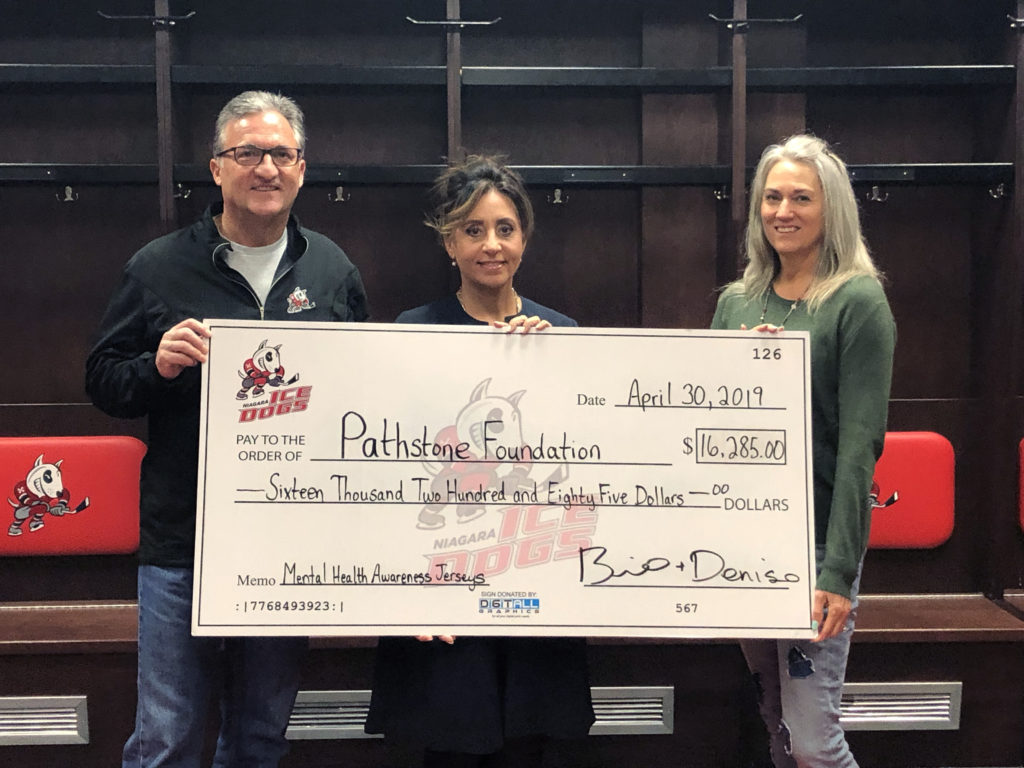 St. Catharines, Ontario – The Niagara IceDogs have announced that the Pathstone Mental Health will be receiving $16,285 from the live auction of the game-worn specialty jerseys, worn in a 3-0 shut-out win on March 8th against the Sudbury Wolves. All funds raised from the jersey auction will be donated to Pathstone; the IceDogs have covered the full cost of jersey production.

“We [Niagara IceDogs] are so proud to be donating such a significant amount of money to Pathstone Mental Health, from our specialty jersey auction.” Said Bill Burke, Owner of the Niagara IceDogs. “The invaluable work Pathstone has done, and continues to do, for children and youth in Niagara, for over 50 years, is so important for our Region to continue growing and thriving healthily. To have received such strong support from our own fanbase for local organization, shows the importance of their work to our community.”

“It’s fantastic that the IceDogs organization recognized Pathstone as a cause to support. We are grateful to those who bid on players jersey’s.” Said Kim Rossi, Director of Philanthropy & PR with the Pathstone Foundation. “With the donation received, we will be able to continue to support Niagara’s kids and families who are struggling with mental health issues and address some of our most urgent needs that include our Walk- In Clinic which is now open five days per week”