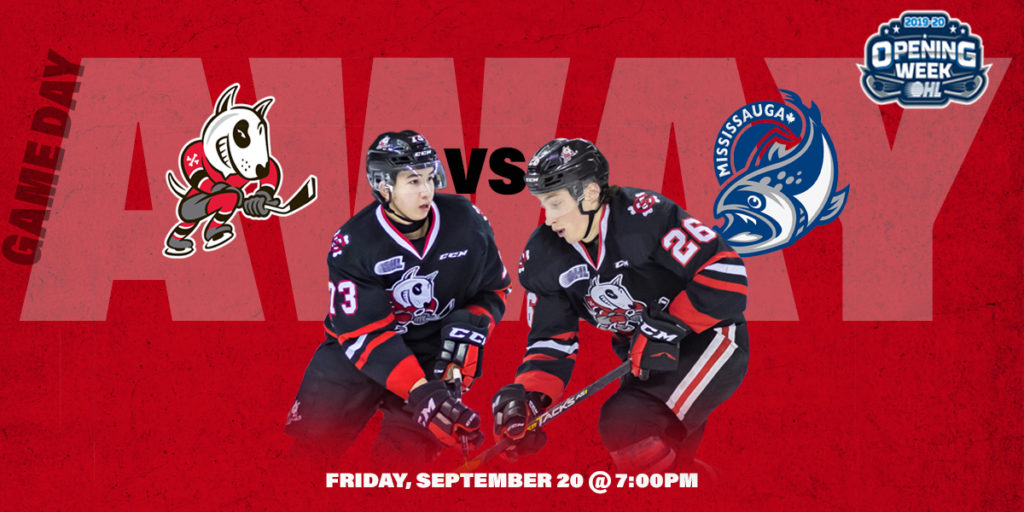 Tonight, your Niagara IceDogs are hitting the QEW to play their first away game of the 2019-20 season. Taking on their Central Division foes, the Steelheads, the IceDogs will be looking to keep their offence rolling following last night’s 6-3 win over the Wolves.

The IceDogs have, historically, had tough games at the Paramount Fine Foods Centre, but will be looking to turn their luck around tonight. In a 6-3 win over the Sudbury Wolves to open the season, Niagara had five different goal scorers (Kyen Sopa, Oliver Castleman, Jake Uberti, Andrew Bruder, and Phil Tomasino – who scored twice). Four IceDogs had multi-point games (Tomasino, Castleman, Sopa, and Hunter), while 11 found their way onto the scorecard. First-year players Dakota Betts and Anthony Agostinelli collected their first OHL assists, while Jackson Doherty collected his first assist as an IceDog.

Tonight’s game will be broadcast live on Newstalk 610 CKTB.

The IceDogs return home next Thursday, September 26th against the Oshawa Generals, in a re-match of last seasons Eastern Conference Semi-Final. Tickets are starting as low as $10/person and can be purchased online HERE, or in person at the following locations: