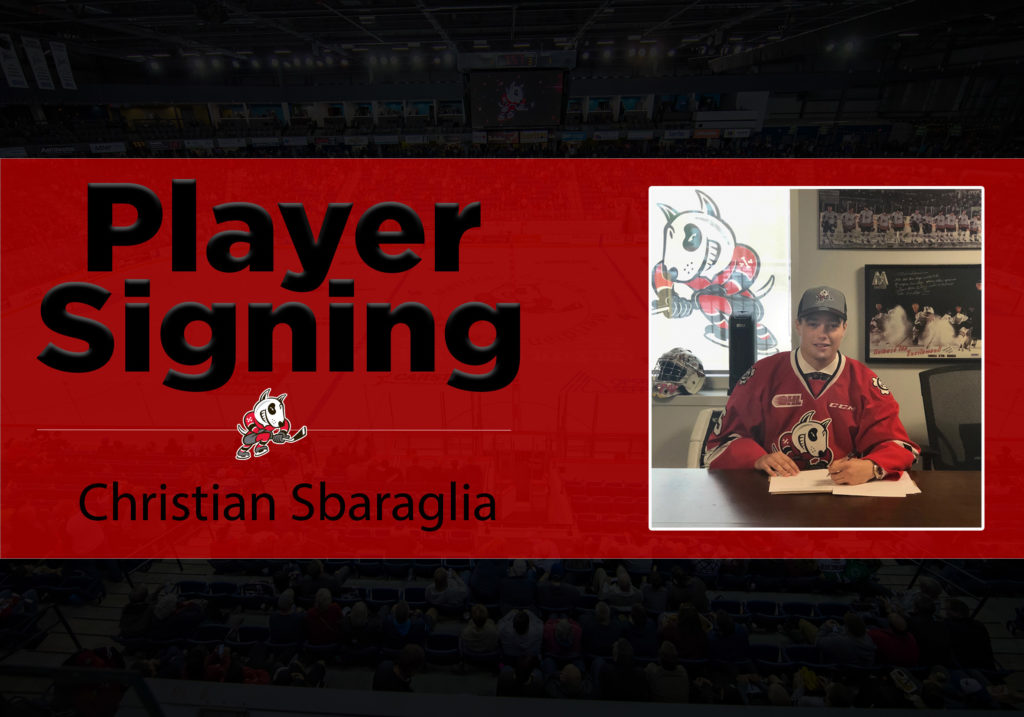 Niagara IceDogs General Manager, Joey Burke, is proud to announce that goaltender Christian Sbaraglia has signed with the team.

The Mississauga native was drafted in the sixth round, 106th overall, by the IceDogs in the 2017 OHL Priority Selection, and has officially committed to the organization by signing his Standard Player Agreement.

Sbragalia is widely regarded as the top goaltending prospect of his age class. At the age of 15, he became one of the youngest players to announce an NCAA commitment, after verbally agreeing to attend Penn State University. Despite the prestige of such a highly regarded university, GM Joey Burke and the IceDogs staff have been able to recruit Christian to Niagara over this past year and a half, showing him that Niagara was the best place to be for his career.

“This is a very exciting signing for us in Niagara! being able to add a player of Christian’s calibre is a huge testament to the work our entire staff has put in over the past 2 years. Adding Christian provides us with goaltending depth for years, and allows us to continue our tradition of having elite goaltenders in Niagara. As an organization we could not be more thrilled to officially welcome Christian to the IceDogs family.” Said Burke. 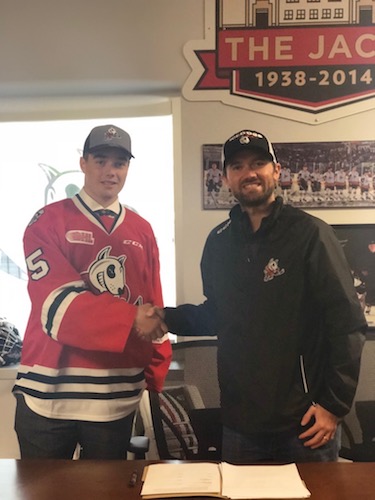 In Christian’s minor midget season as a member of the Vaughan Kings, he led them to game 7 of the GTHL semi finals, and to a semi-final’s appearance at the 2017 OHL Cup. His calm composure in net combined with his incredible athleticism was on display every game.

The Niagara IceDogs are very excited to welcome Christian to the organization!