Previewing the Niagara IceDogs at the 2020 NHL Draft 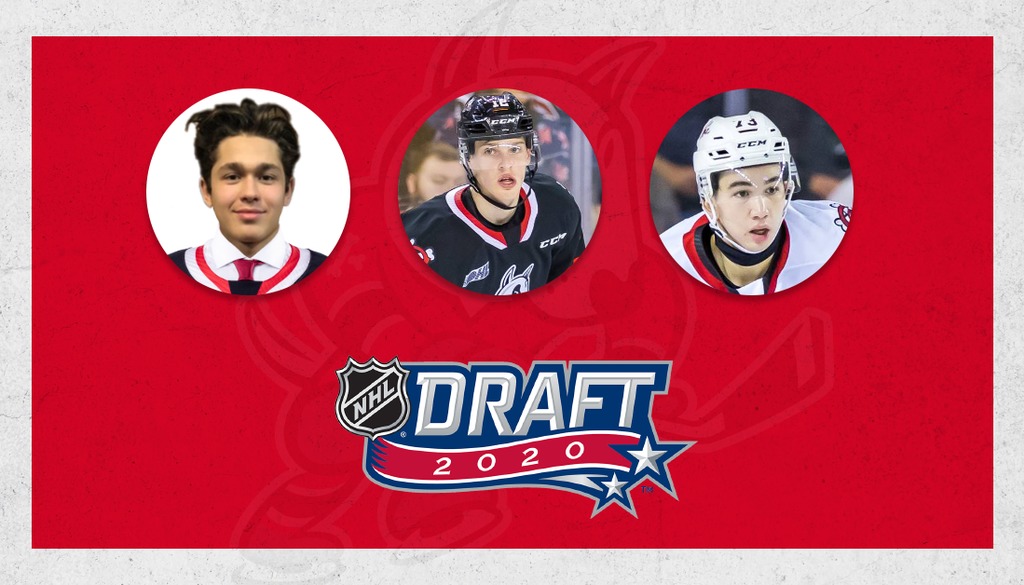 The Stanley Cup Playoffs are over, the offseason has officially begun, and everyone is looking towards to the upcoming NHL Draft next Tuesday and Wednesday. Niagara IceDogs fans are especially anxious for the draft, waiting to see which NHL team selects our exciting 2020 NHL draft-eligible players.

NHL Central Scouting ranked Danil Gushchin, Cameron Butler, and Jake Uberti through the 2019-2020 season, leading up to next week’s selection.

Since 2008, 20 Niagara IceDogs players have been drafted into the NHL. Three players (Pietrangelo and Dunn) have won a Stanley Cup (2019, St. Louis Blues), and Carter Verhaeghe (2020, Tampa Bay Lightning).

Described as a player with first-round level talent, Danil Gushchin is expected to be taken early on Day 2 of the 2020 NHL Draft and could be considered a steal in years to come.

“I’m training every single day and doing what I can to get as much on and off ice training as I can,” said Gushchin. “It will mean a lot to be drafted. It’s a culmination of the work that I have put into this. I’m excited to hear my name called by any team that would choose me”.

Although a smaller frame, Gushchin uses it to his advantage. His speed makes him an elusive forward with high-end speed, agility and edge-work. He’s able to create space for himself with his speed, though he doesn’t need much space to make exciting things happen in the offensive zone. His stickhandling is what helps him stand out amongst many of the other talented players eligible for this year’s draft, being nearly unbeatable one on one with the puck.

“He’s an extremely dynamic young player. He’s got that pedigree and that NHL draft stock for a reason,” said General Manager Joey Burke. “Offensively, there’s really not a part of his game he doesn’t excel at. He’s a highly-skilled forward with elite hands and elite vision. He can put the puck in the net. He’s a finisher, a bulldog away from the puck one hundred percent of the time. He competes and moves great. He really is a guy that does everything well”.

Butler, a big-bodied power forward, joined the IceDogs midway through the 2019-20 season from the Peterborough Petes. In 17 games, he was nearly a half-a-point per game player. Standing at 6’4, Butler’s first steps generate a lot of power to help him reach above-average speed fast, and is very difficult to slow once he gets going.

“The NHL Draft is something I’ve looked forward to ever since I started playing hockey. A dream everyone growing up has is to be drafted into the NHL” said Cameron Butler. “It’s a huge honour [to be ranked by NHL CSS], but at the end of the day, it’s a list. It comes down to Draft Day and we’ll see what happens”.

He’s shown the ability to adjust quickly, transitioning from a veteran team where he was playing limited minutes to playing a lot of minutes on a younger team. He’s been described as seeing the game very well and having good playmaking abilities. He’s been projected as a mid-to-late round pick next week.

“I really believe whoever lands Cameron is going to get a steal with him,” said General Manager Burke. “I have regularly seen him rated in the second half of the draft, and anytime you have the combination of size, speed, and skill, that he has, someone is going to hit a home run later than I believe he should be selected”.

Jake Uberti benefit a lot in the second half of the shortened OHL season, taking advantage of the increase in ice time on a young team. Uberti’s speed and ability to gain the zone with possession made him a bright point on a developing team. The 6’1″, 185lb forward plays a 200-foot game and showed his capability of driving the play.

“I’ve always dreamed of being a champion and winning at the highest level possible. Whether that’s in Niagara or winning down the road in the NHL, ideally that’s what I’m hoping for” said Uberti. “I understand that the draft is a step in the right direction, so obviously it would be a really special day, but at the same time, I still have a lot to work towards”.

A definite upside of Uberti’s development this past season was his willingness to drive the net, and strength on the puck. He increased his point-per-game from .50 to.71 by the end of the season.

“The sky really is the limit for Jake, and NHL scouts can see that,” said General Manager Burke. “He continues to get better and is poised for a huge year in a big role with us. I’m very excited to see Jake getting more attention as we approach the draft. He has worked very hard, has earned the attention, and certainly deserves every accolade he’s receiving”.