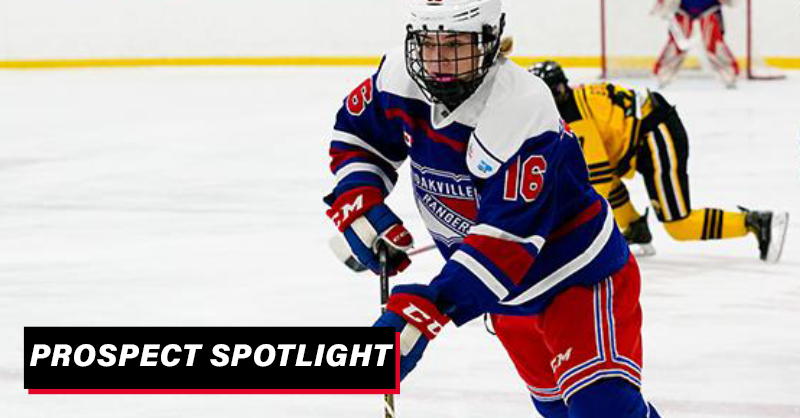 Niagara’s 5th round choice (82nd overall) in the 2020 OHL Priority Selection, Struthers tallied 30 points (13G, 17A), in 29 games with the Oakville Rangers (U16 AAA). As an alternate captain, he helped lead the Rangers to a third-place finish in the Ontario Minor Hockey Association playoffs and was preparing for a wild card game to secure a spot in the OHL Cup when the season came to a close last March due to COVID-19 protocols. The left-shot pivot also got into one game of junior with the Oakville Blades (OJHL).

The Milton, Ontario native signed a Standard Player Agreement on July 10th. Now it will be Ryan’s turn in the OHL. No doubt, Matthew, and family will be the first to cheer him on as he advances to the next stage in his hockey career.

Struthers is a big, speedy center, Struthers always has his head moving in order to find a teammate on the rush, and while he isn’t a big-time goal scorer, his speed and ability to get creative with the puck will catch your eye. – Steven Ellis (Future Watch: 30 prospects to watch for the OHL draft)

This is another exciting addition for us. Ryan does everything at a fast pace and is one of the better skaters from this April’s draft. He just adds to our already great 04 depth. We were shocked and thrilled to get him in the 5th round. He was a personal favourite of our SCTA scout Matt Milne’s all season. Ryan has a bright future with us in Niagara! – Joey Burke