Ready to Protect Our Territory against the canines down the QEW 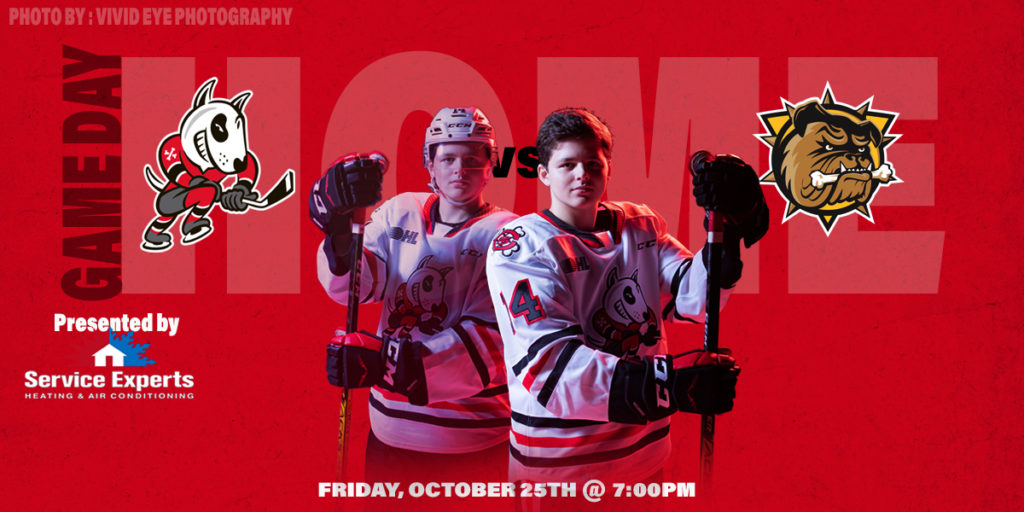 Tonight, your IceDogs are back at home taking on their rival from down the QEW, the Hamilton Bulldogs. After an exciting shootout win over the Guelph storm, the ‘Dogs are looking to continue collecting points during another 3 game weekend.

Arthur Kaliyev is leading the young Bulldogs line up with 14 goals and 25 points, in 12 games played. That point total is good enough to be second in the points race in the OHL. The IceDogs will be looking to stop a 9 game point streak that extends almost a month. Akil Thomas and Kaliyev, LA Kings draft picks, will have to put aside their commonality and be all business, as both OHL teams are looking to move up the standings.

Ivan Lodnia in returning to the IceDogs has made his presence known as he picked up a goal during regulation in his first game back, and then topped it off with the game winner in the shootout. Lodnia adds to the IceDogs offence by being a scoring threat during even strength play and on an odd man advantage. Even away from the puck, Lodnia impacts the intensity of the game and shows his two-way playing ability.

After you get a ticket to tonight’s game, grab your Halloween costume and get ready to cheer! Don’t forget to show off your costume during our first intermission parade.

This game is also a part of the K-9 Cup, presented by Newstalk 610 CKTB and TSN 1150. This is the third year that when the IceDOGS and the BullDOGS play one another, the losing team of the season series will donate to the pet rescue organization of the winning teams’ choice!