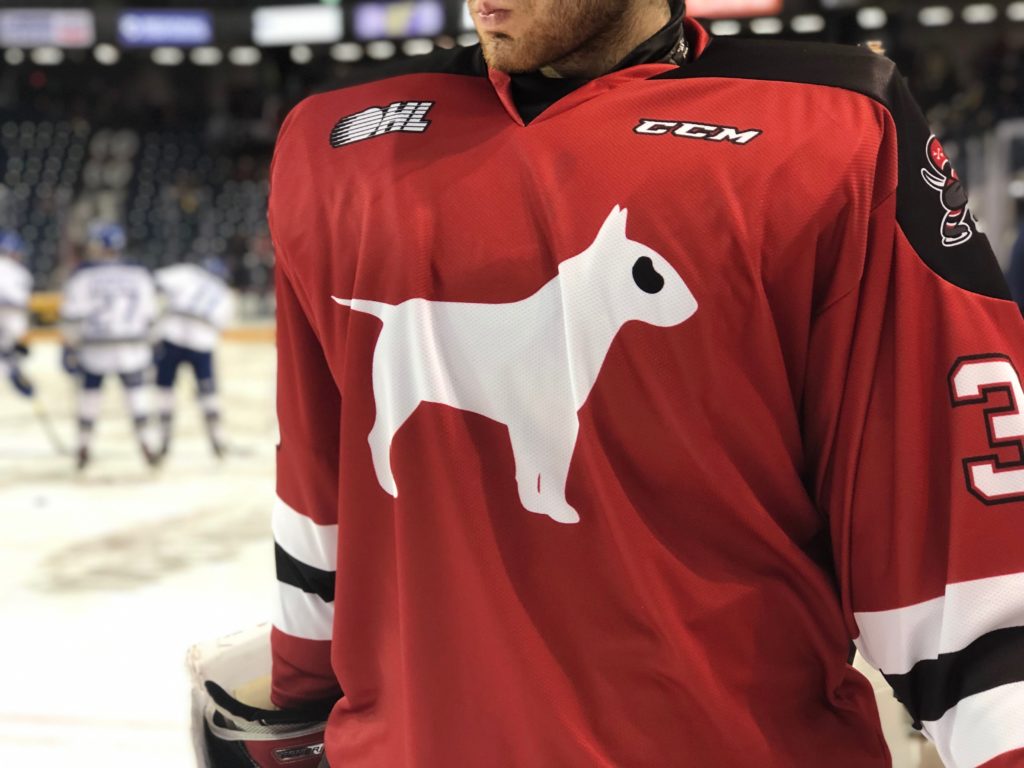 The opening frame remained pretty even for both teams, exchanging almost an equal amount of shots (11-10 SBY). The ‘Dogs nearly notched one on the board with a Matt Brassard one-timer from the point, but it was called off as Jason Robertson had been deemed to high-stick a couple seconds before the penalty.

The ‘Dogs penalty kill remained perfect in the second period. Despite many penalties, the ‘Dogs netted the only goal! Jack Studnicka and Kirill Maksimov went into the Wolves’ zone in a 2-on-0. When Ukko-Pekka Luukkonen went a bit wide to block Maksimov, Studnicka took advantage and slipped the puck into the net behind him for the goal! The middle frame also saw the ‘Dogs edge out Sudbury in shots 18-6.

In the final frame, the ‘Dogs came out to play with two goals! Oliver Castleman got his second goal in as many nights. He and Thomas went in on a 2-on-1. Thomas got the puck past the defender to Castleman, who slipped the puck in close to the net’s corner to score! In the final minute of the game, Studnicka turned on the jets to chase the waiting puck in the Wolves’ zone to score the empty netter! His cheeseburger goal was assisted by Jacob Paquette.

The ‘Dogs finish their final home games of the regular season with two games next week, one on Sunday March 10th against the Barrie Colts and the other on Thursday March 14th against the Mississauga Steelheads.

Limited tickets remaining for both games can be purchased online HERE, or in person at the following locations: