RECAP | IceDogs keep Colts in their stable with 4-3 win 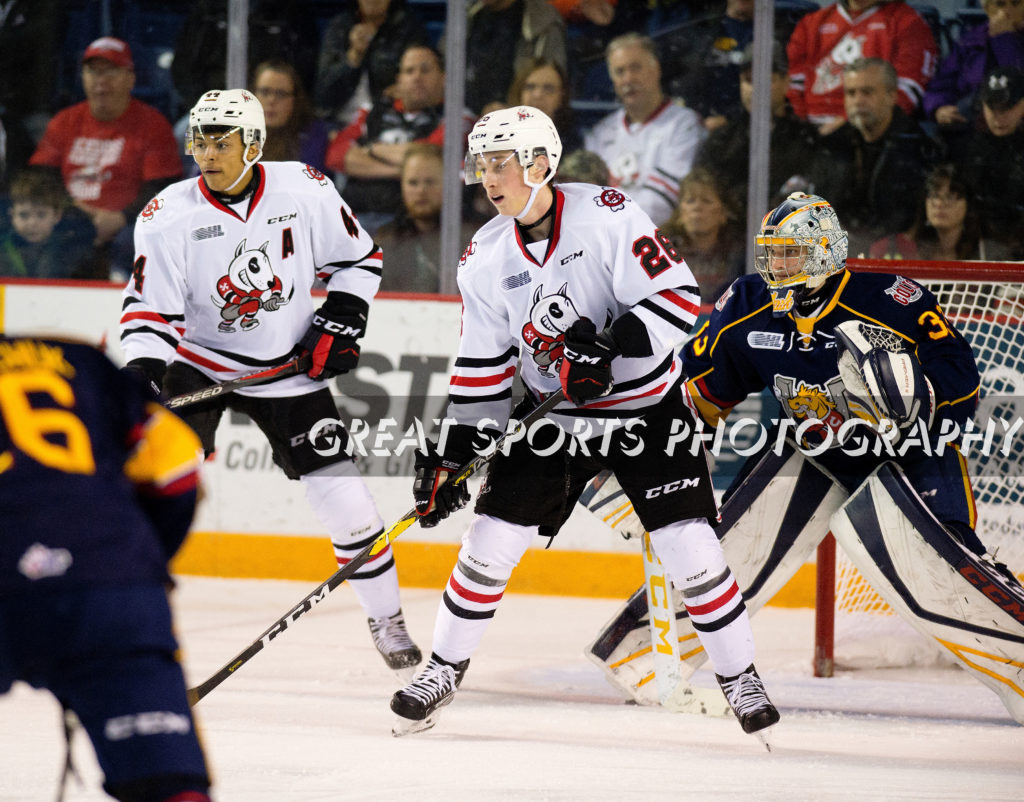 The Niagara IceDogs won a 4-3 decision against the Barrie Colts this afternoon. This was the first of two match-ups against the Colts this week ahead of next Saturday’s season finale.

The ‘Dogs kicked off an explosive first period tonight! The three goals came bunched within two and a half minutes. In a frenzied ‘Dogs rush on the net during the powerplay, Jack Studnicka at the net’s corner sent the puck behind him to Ben Jones. Jones, from between the points, shot it through the slot. It rebounded off Barrie’s netminder to Akil Thomas who scored while falling to his knees! The second tally came from Kirill Maksimov and Jones. Jones chased a Barrie defender into the zone and battled for the puck, but another Barrie player skating up behind Jones caught it. However, the puck couldn’t be contained and was chased by Maksimov across the slot to score short handed from the edge of the faceoff circle. Ivan Lodnia scored the third just after the end of a ‘Dogs expiring penalty. Barrie tried going on the offensive, but Jacob Paquette redirected their shot back down south, where a waiting Philip Tomasino picked it up and crossed the blueline. Tomasino sent the puck to Lodnia, who slipped it in the net to get his 15th goal on the season.

The ‘Dogs kept the Colts in their stables during the third period. There were no goals against, and the ‘Dogs were able to kill off two near-successive penalties late in the period to keep the 4-3 win.

With this afternoon’s win, the IceDogs remain first in the Central Division standings with three games left before playoffs begin.

The ‘Dogs finish their five-goal homestand this week with the final home game of the regular season on Thursday March 14th against the Mississauga Steelheads.