Rematch versus the London Knights 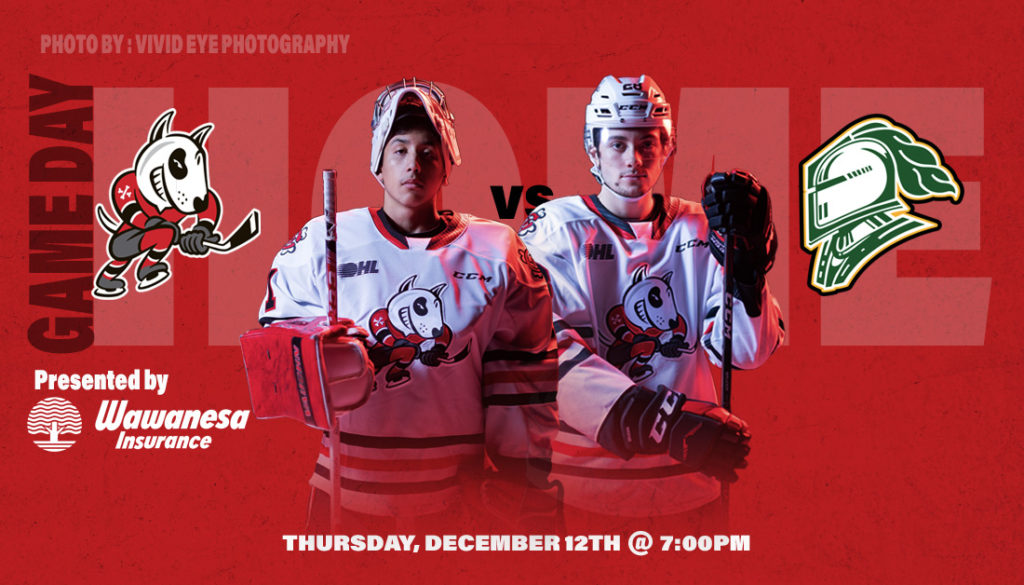 The IceDogs are looking to continue their climb up the Eastern Conference standings tonight. With a big win last Saturday on the night of the Teddy Bear Toss, the IceDogs jumped to 5th in the East.

IceDogs captain Akil Thomas will be away at the Canadian World Junior Selection Camp. Kyen Sopa and Giancarlo Chanton will also be away for the Swiss team Selection Camp.

The London Knights are going to be a tough test for the young IceDogs team. London has the second best penalty kill and power play in the OHL, with 30 goals coming on the man-advantage this season. The Knights will have to stay on their toes though, as the ‘Dogs have 7 short handed goals this year; courtesy of 6 different players.

This is the second and final showdown between these two teams this season. London did come out with a 6-2 win last game. Luke Evangelista scored two goals in the game. The IceDogs’ defence will need to be cautious of the speedy Ryan Merkley, who also had a goal the last time these two teams played.  London will be without McMichael tonight as well as Liam Foudy.

Andrew Bruder has started to show off his ability to score goals in close games. Bruder scored his 7th of the season last weekend giving the IceDogs the lead in the second period in a rally match versus the Sting. Although Bruder has been turning heads with his scoring ability, his success in the faceoff dot has been overlooked. Between November 29th and December 5th, Bruder won 26 of 43 in the dot, and continues to show what an asset he is to the Niagara IceDogs.

During tonight’s game, the IceDogs are hosting a toy drive in which all the toys will be donated to Community Care. If you bring a toy you will receive a $2.00 voucher for an IceDogs home game and a chance to win a trip to the 2020 Memorial Cup, presented by Kia in Kelowna. For additional details, click here.

Purchase tickets and head to the Meridian Center to cheer on your Niagara IceDogs. Tickets are starting as low as $15/person and can be purchased online HERE, or in person at the following locations: