Sbaraglia puts on a Show in 5-2 Loss to London 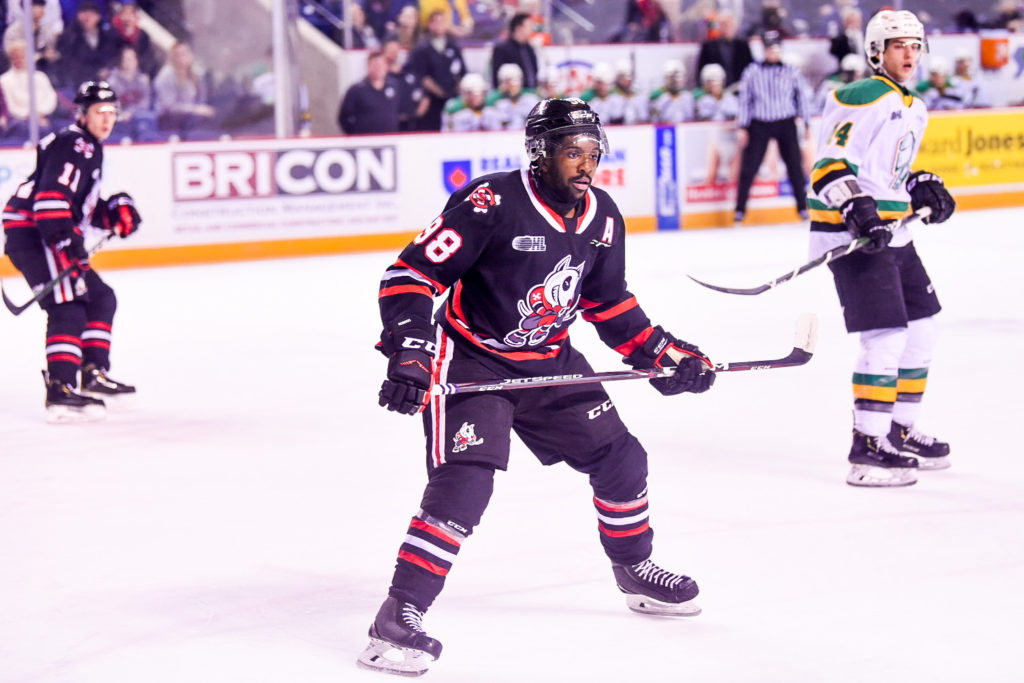 The young and injury ridden IceDogs were ready for a tough battle against the best team in the Western Conference – the London Knights. Tonight, is the first ever Niagara IceDogs regular season game held on a Tuesday in team history.

The Niagara IceDogs were without Cam Peters, Ivan Lodnia, and Ethan Sims for tonight’s game.

Christian Sbaraglia’s focused demeanour brought a calmness to the IceDogs’ backend that kept the game scoreless in the early minutes. As the period rolled on, the ‘Dogs began to get shots on the London goaltender, with the most opportune play of the period coming from Ryan Campbell spotting Jackson Doherty the puck out front.

The second period was riddled with penalties for both teams. The ‘Dogs were able to keep the play of the London Knights 2nd ranked power play to the outside. When a shot did make it to the net, Sbaraglia closed the door.

The Knights got on the board twice before the 2nd period wrapped up, to lead the game 2-0.

London scored twice more to extend their lead to 4-0. Jonah De Simone scored the IceDogs first of the game and his seventh of the season, off a wrister from the slot.

Under two minutes later, Oliver Castleman scored his 21st of the season, and 50th point to bring the score to 4-2.

The IceDogs put up a resilient effort but the London Knights score an empty net goal to take the game 5-2.

Goaltender Sbaraglia stood on his head in tonight’s game, saving 44 of 48 shots on net, and earning the 1st star honours of the night.

The IceDogs are back in action on Thursday, February 6th at the Meridian Center against Owen Sound. Tickets are starting as low as $15/person and can be purchased online HERE, or in person at the following locations: