Second Round Selection Alec Leonard Commits to the IceDogs 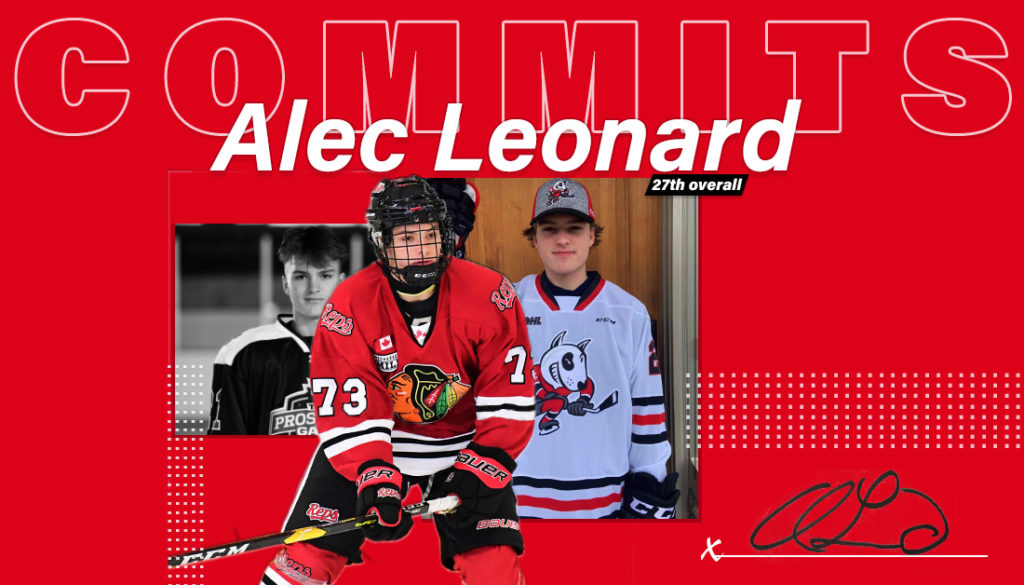 In 32 games played, the Toronto born second-round selection scored 5 goals, collected 10 assists. Known for being a physical presence on the blue-line, Leonard is widely regarded as an elite puck-moving defenceman. He’s a smooth skater and has the ability to lead the rush from behind his net.

Leonard was selected for the GTHL’s 2020 Top Prospects Game, where he played alongside fellow IceDogs prospect Pano Fimis.

General Manager Burke announced the signing today, saying “I am thrilled to be able to add Alec officially to Niagara today!

“This is a great commitment for us. It further strengthens our extremely talented young defence core. You win from the back end out in this league and we truly feel with this addition our young core is the strongest in the league.” Burke continued.

“Alec is a guy we targeted all year long and was in our draft board top 10 all season. Alec combines the speed and awareness you need to succeed at our level, with great defensive prowess and a mean physical side to his game. There is no doubt in my mind Alec will transition smoothly to the OHL, and I can wait to get going!

“I’m thrilled to announce that I have officially signed with the Niagara IceDogs!” said Leonard. “I can’t wait for the season to get started and to meet all of the great fans. Stay safe everyone”.

Honoured to be drafted by the @ohlicedogs, such an amazing organization. I would like to thank my family, friends, and coaches for getting me to this point in my career. Can’t wait to get started. pic.twitter.com/U6EkiA1Ogx

Fans can look forward to watching Alec on the blueline the next time the team hits the ice.

The atmosphere at #IceDogs games was one of the reasons why Alec Leonard wanted to be drafted to Niagara.