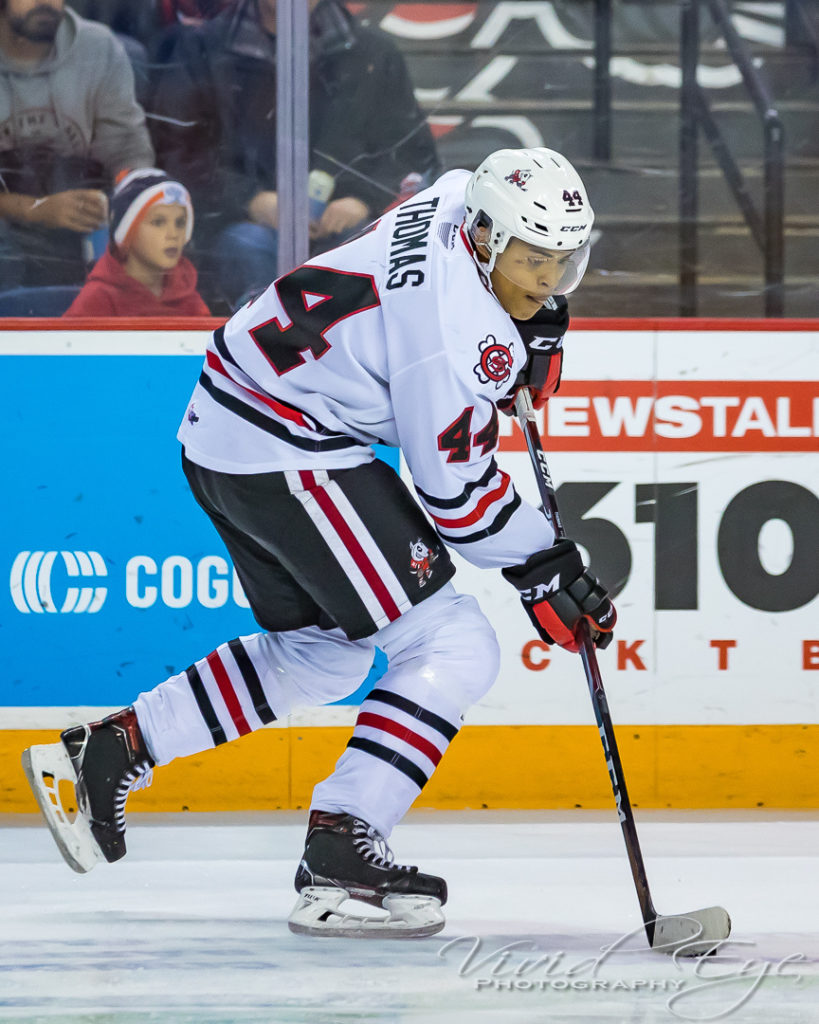 Your Niagara IceDogs visited the Erie Otters Sunday afternoon to close out this weekends’ 3 in 3.

Niagara began the game, continuing to roll all four lines, getting all forwards involved in the play. The Otters appeared to have capitalized on a power play, but the goal was deemed not to be a goal, due to goaltender interference. In the final minute of the period, Erie got on the board to lead 1-0.

Midway through the game, the Otters added two consecutive goals to extend their lead to three. The IceDogs got their best scoring chance of the period from rookie Anthony Agostinelli, in the slot, who rang the puck just off the post and out. An all-first year player line, Cameron Snow, Ryan Campbell and Agostinelli were buzzing around the offensive zone, looking for chances. The Otters added another goal in the third period to take this one 4-0.

Not to be lost in the score of the game, is goaltender Christian Sbaraglia, who faced 44 shots. The defensive play of Lodnia and Thomas, who were consistently keeping the young IceDogs calm in the defensive zone and pushing the play out of their own zone.

Don’t forget! The IceDogs will be at Wainfleet Arena on Tuesday, November 5th for our FREE second community skate of the year! The ‘Dogs will be practicing at 5:00pm, and at 6:00pm you can join them on the ice for photos, autographs and fun!

Your IceDogs are on the road for three more games before returning to the Meridian Centre on Saturday, November 16th, verses the ­­­­Windsor Spitfires.