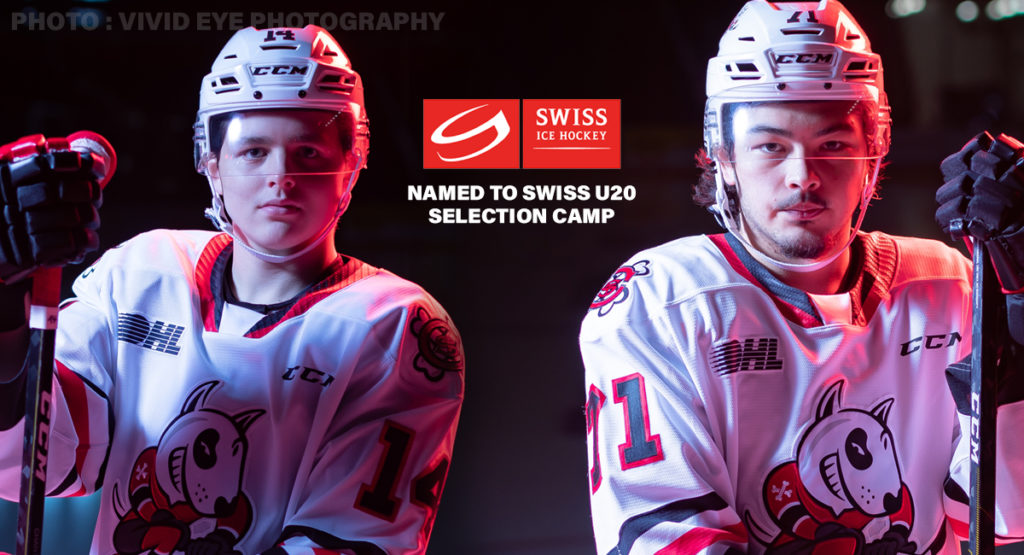 Niagara, ON – The Swiss Ice Hockey Federation has announced that second year forward Kyen Sopa and 17 year old defender Giancarlo Chanton will be attending their U20 Selection Camp beginning next week in preparation for the 2020 IIHF World Junior Hockey Championship.

In his second season with the IceDogs, Sopa is seeing top six playing minutes, and is in the top three of team scoring with 21 points on the season.

Sopa has previously represented Switzerland internationally at the U17 and U18 levels. He was invited and attended the Swiss U20 Selection Camp prior to the 2019 IIHF World Junior Hockey Championship in Vancouver and Victoria. He was slated to make the Swiss World Junior team, but he was injured in camp and was unable to participate. He also attended the Swiss Federation’s Summer Evaluation Camp.

Chanton, in his first year of North American hockey with Niagara, has impressed many with his reliability in the defensive zone. He’s most commonly paired with fellow rookie Landon Cato. He has contributed offensively, with 1 goal and 4 assists in 22 games. He has previously represented Switzerland at the U17 and U18 levels.