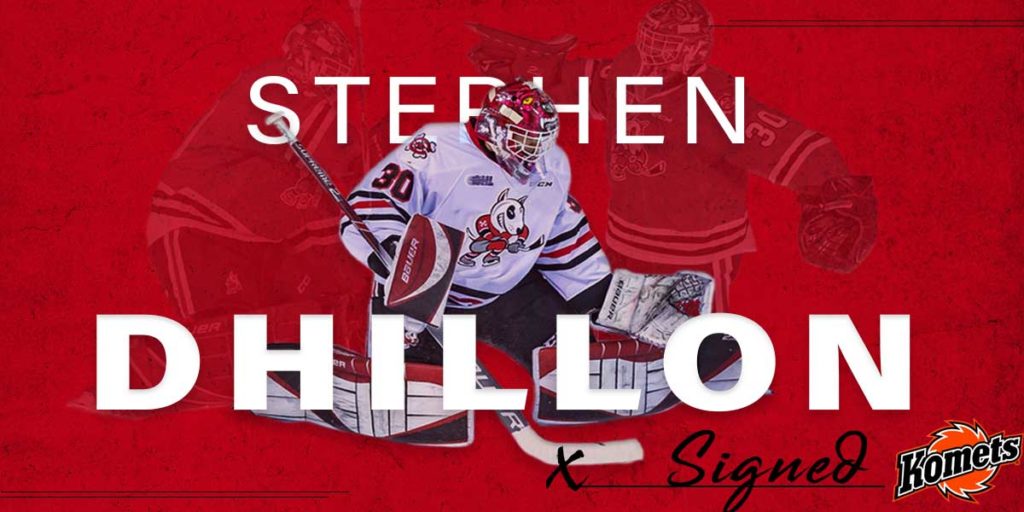 Niagara, ON – The Fort Wayne Komets announced yesterday that they have signed former IceDogs goaltender Stephen Dhillon to a try out on its preseason roster.

Dhillon was drafted 52nd overall (3rd round) in the 2014 OHL Priority Selection by the IceDogs. Over the course of 5 seasons, Stephen played 197 games. He became the teams starting goaltender to begin the 2016-17 season. Dhillon became the most winningest goaltender in IceDogs history, winning 38 games in the 2018-19 season.

The Buffalo native earned the OHL’s Ivan Tennant Memorial Award for Top Academic High School Student in the 2014-15 season. He was named to the OHL’s Second All-Rookie Team in the 2015-16 season.