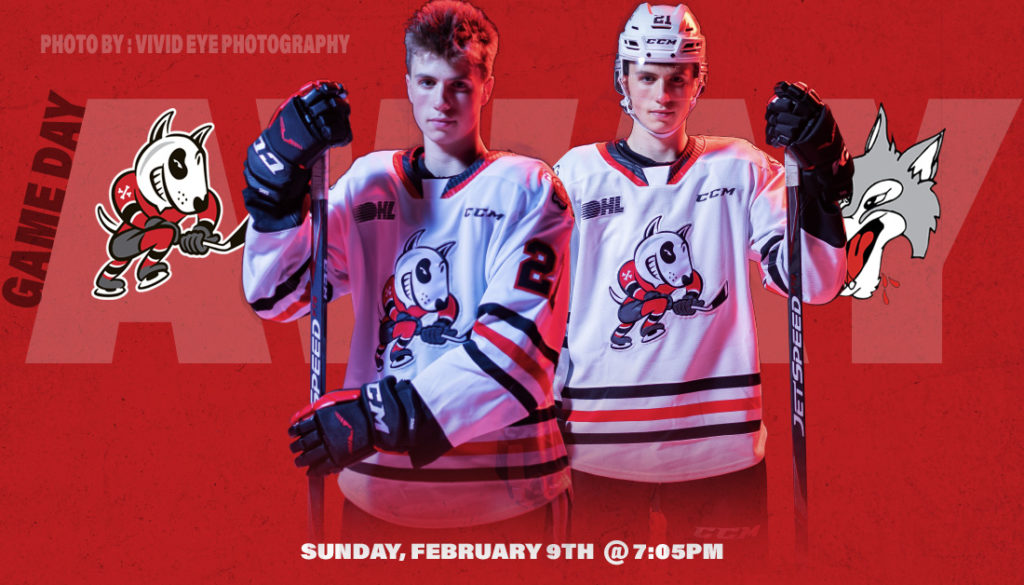 In a rare Sunday night game, the Niagara IceDogs are back on the road to close out the weekend against Central Division rivals, Sudbury Wolves. The Wolves are currently first in the division, with 53 points. Tonight’s game will be just the third in the season series. Each team has won 1 game, thus far.

The rebuilding IceDogs are expected to be without second year forward Cam Peters, and Captain Ivan Lodnia. Giancarlo Chanton missed last night’s game with an illness.

The Wolves were without leading scorer Quinton Byfield last night. Byfield’s 74 points (32G, 42A) is seventh in league scoring. The IceDogs are likely to face goaltender Christian Purboo, who has a goals against average of 3.55, and a .882 save percentage.

First year forward Ethan Sims recently returned to action, from injury. In 35 games this season, he has 7 points, and 26 shots on net. Last night, in Sault Ste. Marie, the 17 year old from Hamilton saw minutes on the second line with Jackson Doherty and Jake Uberti.

Tonight’s game will likely be a match up of comparable power plays. The ‘Dogs will be looking to use the extra man to their advantage against the Wolves, who have lost 3 of their past 5 games.