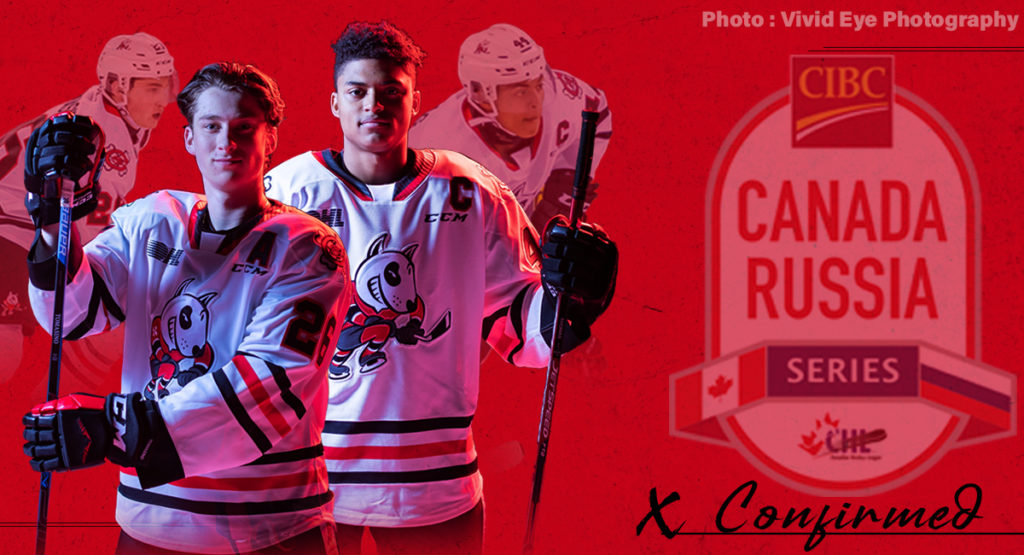 Niagara, ON – The Ontario Hockey League, in collaboration with the Canadian Hockey League and Hockey Canada, has announced today the rosters for Team OHL at the 2019 CIBC Canada Russia Series.

Niagara IceDogs Captain, Akil Thomas, and Alternate Captain, Phil Tomasino, have been named to the rosters of both games in the Ontario leg of the cross-Canada series. Thomas was invited to participate in the 2018 CIBC Canada Russia Series, but was unable to play due to injury.

In 16 years of competition against the Russian National Junior Team, the OHL has a record of 25-5-1, following a 3-1 win in Sarnia and a 4-0 loss in Oshawa.

Team OHL will compete against the Russian National Junior Team in Game 3 in Kitchener on Thursday, November 7th, and in Game 4 on Monday, November 11th, in London.